Acionna is a 25.6 m luxury motor yacht, built by Sanlorenzo in 2004. She has an elegant planing course, offering 22 knots of cruising speed. The photography session took place in Athens Greece and was organized to cover the yacht’s chartering promotion needs. All interior coating has changed, so new photographs should present the yacht’s fresh look. All guest cabins, the lounge and the sun deck were carefully decorated and all areas looked like waiting for the guests. The photography session was two days long, one for the interiors and one for all exteriors plus aerial shots with drone. As usually, special care was taken while photographing the lounge area together with the stern, because there is a very critical hour just after sunset, when there is a very sweet balance between natural and  interior light. The main bridge was shot about half an hour after sunset for the same reason. In addition to the traditional photographs, 360 degrees panoramic shots were made with a special 360 camera, in order to produce a virtual tour of the yacht. 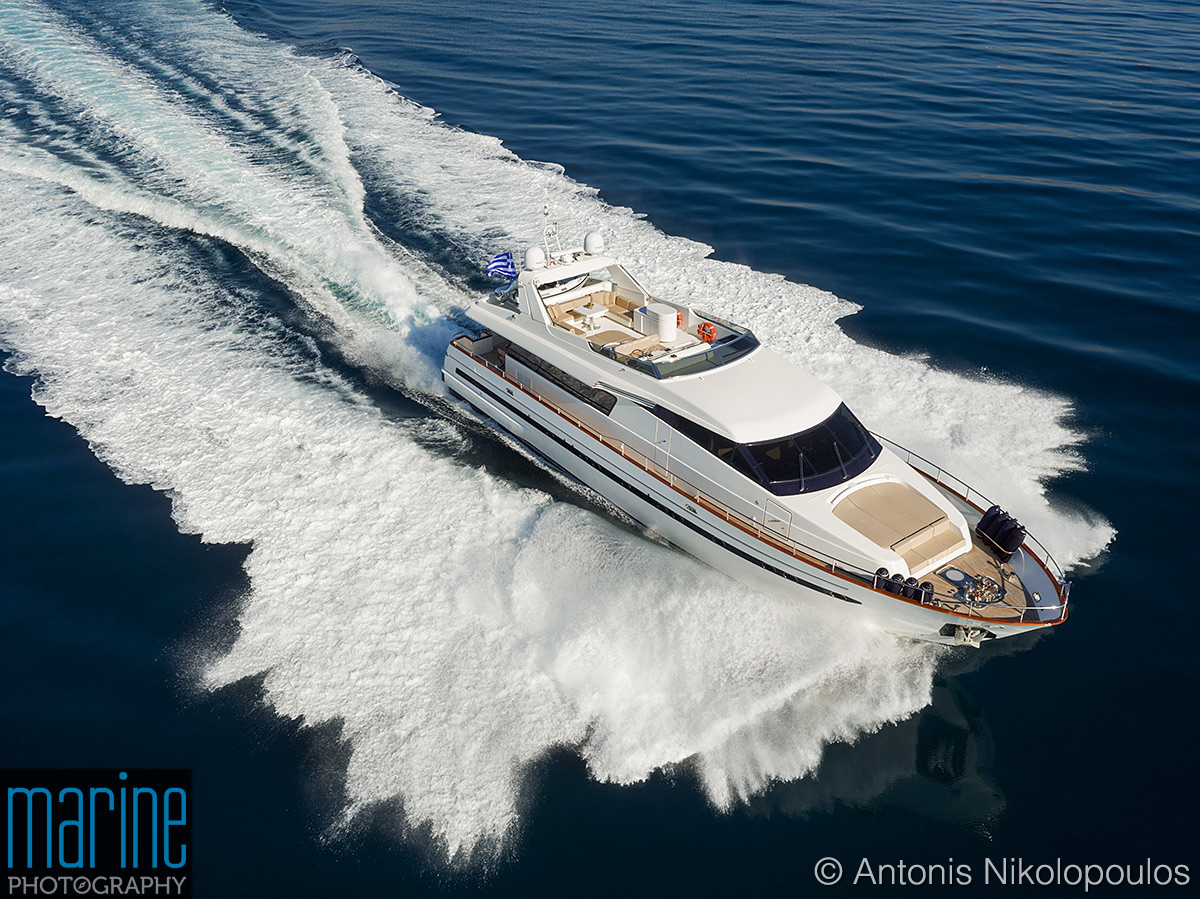 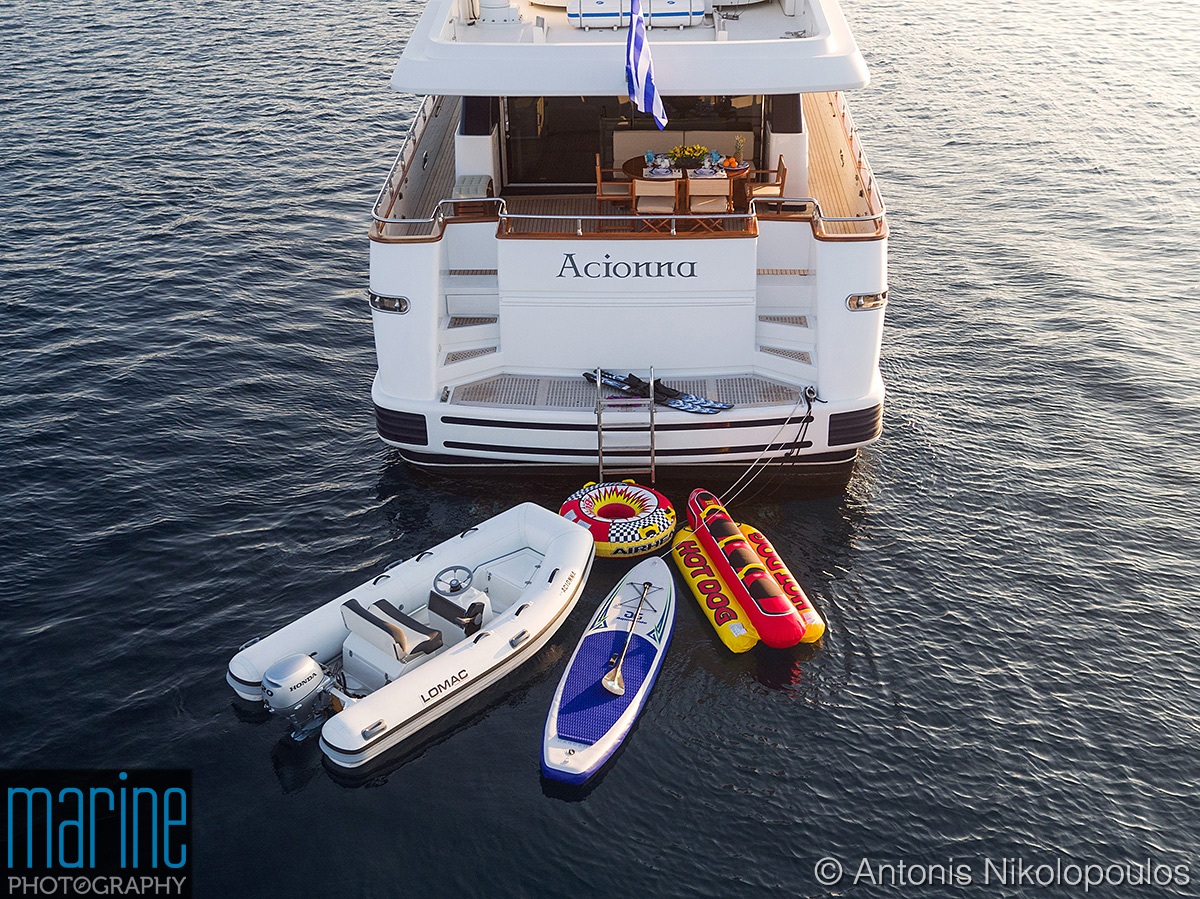 The yacht’s “sea toys” captured from the drone 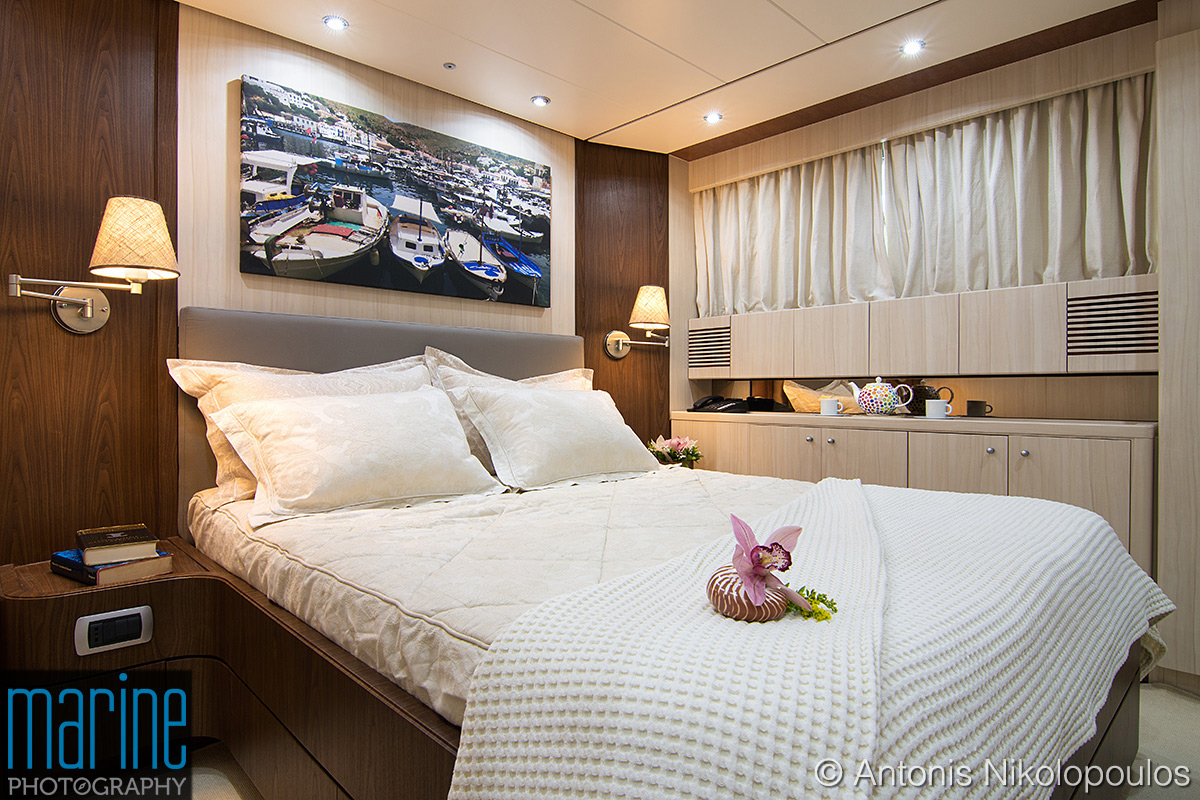 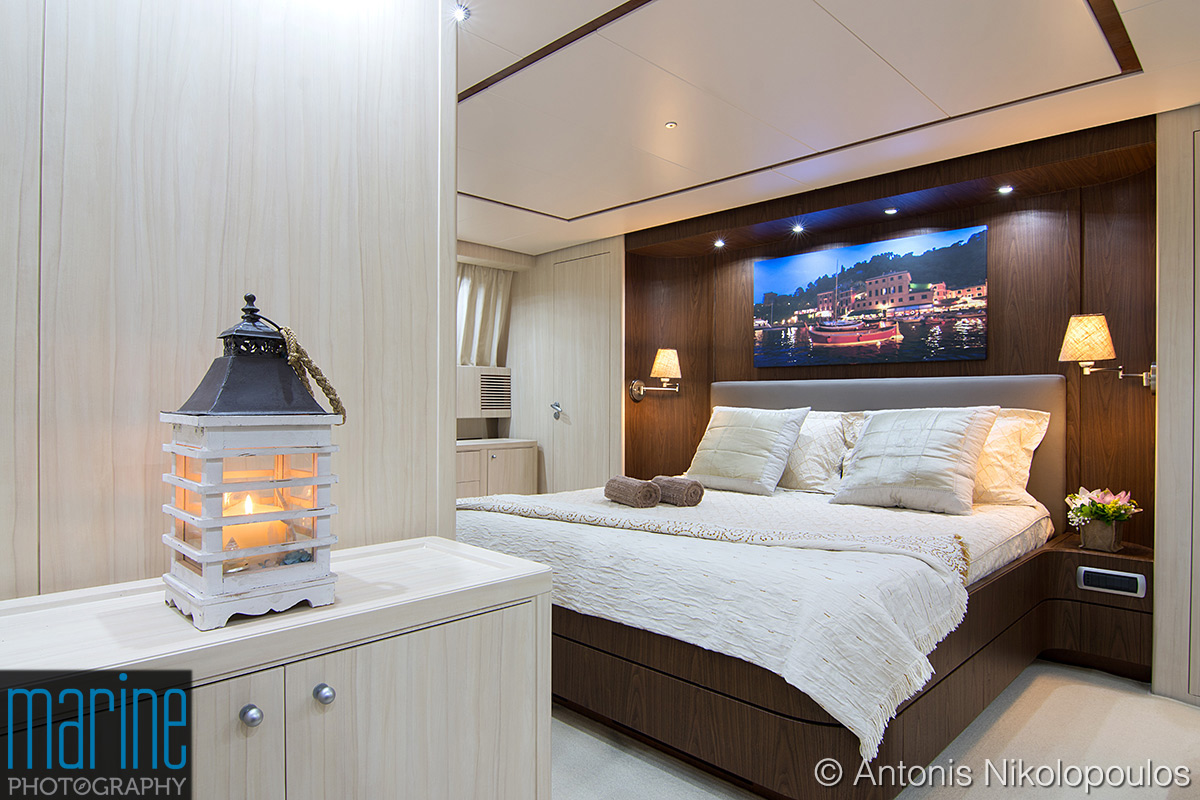 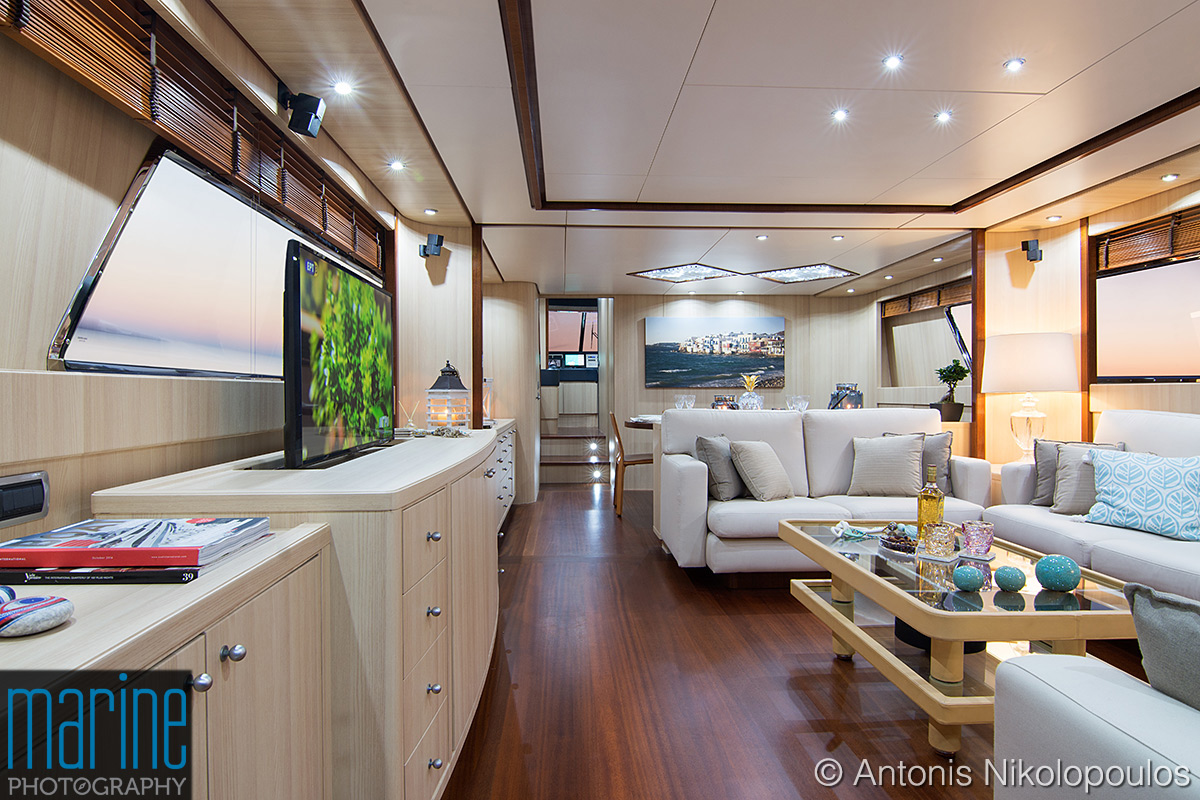 The lounge captured after sunset 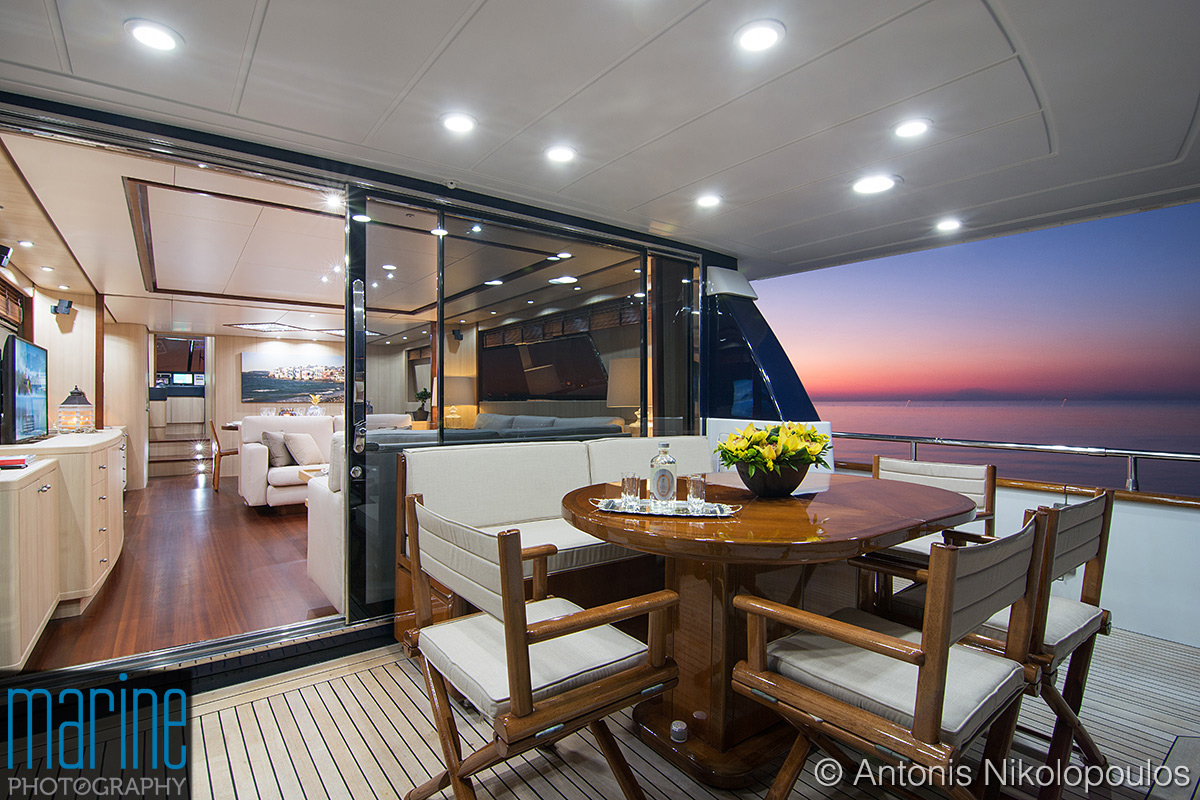 From the stern looking inside the lounge area 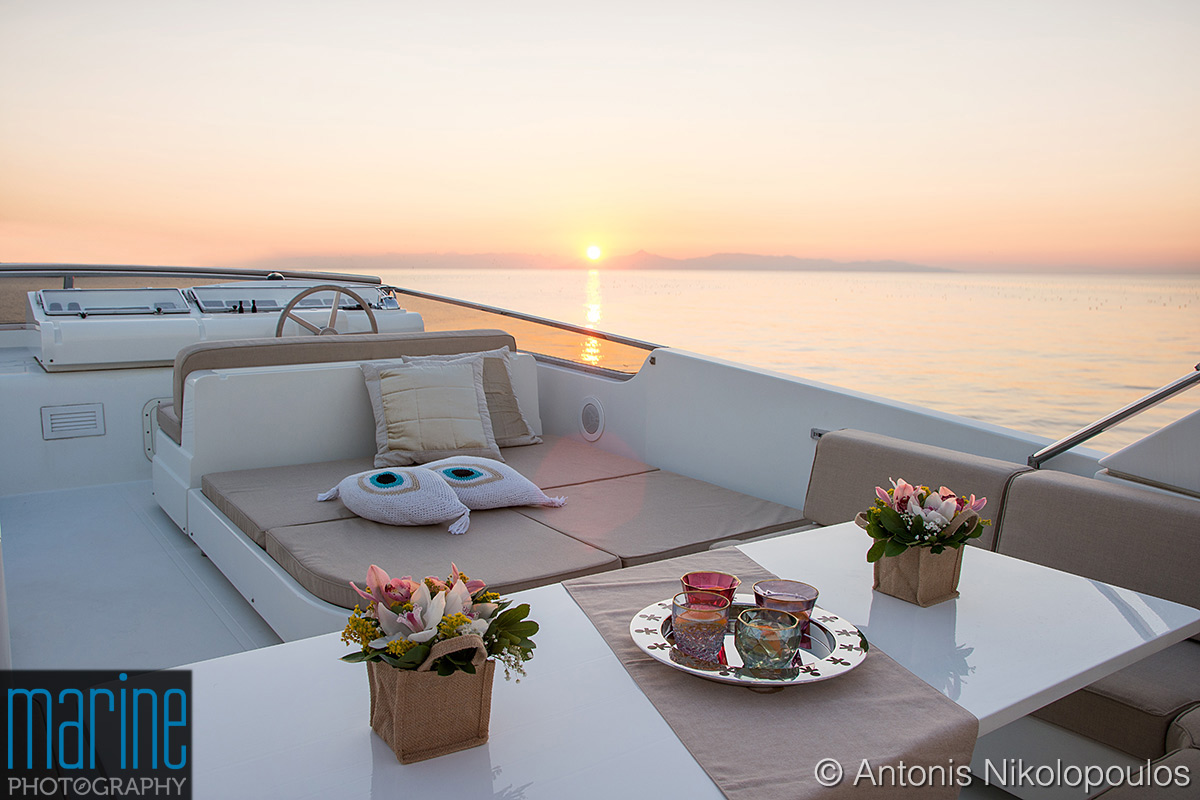 The sun deck with the fly bridge