Bic Techno 293 is the official youth windsurfing class. This is the Youth Olympics windsurfing division for boys and girls, the most numerous, popular and fast growing windsurf class all over the world. The 2018 Techno 293 European Championship took place in Varkiza, Greece an ideal place weather-wise for such races. The whole event lasted one week, with 2-3 races for every division each day and a practice race in the beginning. As I was choosen as the official photographer of the event, I had the chance to be very close to the action, under various wind conditions. Exept the race itself, I also took a lot of pictures on shore, while windsurfers were preparing their gear, listening to their coaches or  having fun in opening and closing ceremony. In the race area, there were set two courses, one for division under 17 and one for division under 15 with a distance of about 1-2 miles between them. That means it was quite difficult to pay attention to both courses and try be at the right position, the right time to capture the most important scenes of the races. Day 4 was a very windy day, but still some windsurfers had a lot of spare energy to pose for the photographic lens jumping or doing other tricks between races! Every day I was shooting 2000-2500 still photos, then spending a lot of time choosing the best ones, finally editing few of them for the daily report in social media. The following pictures are quite characteristic, representing the event’s mood. 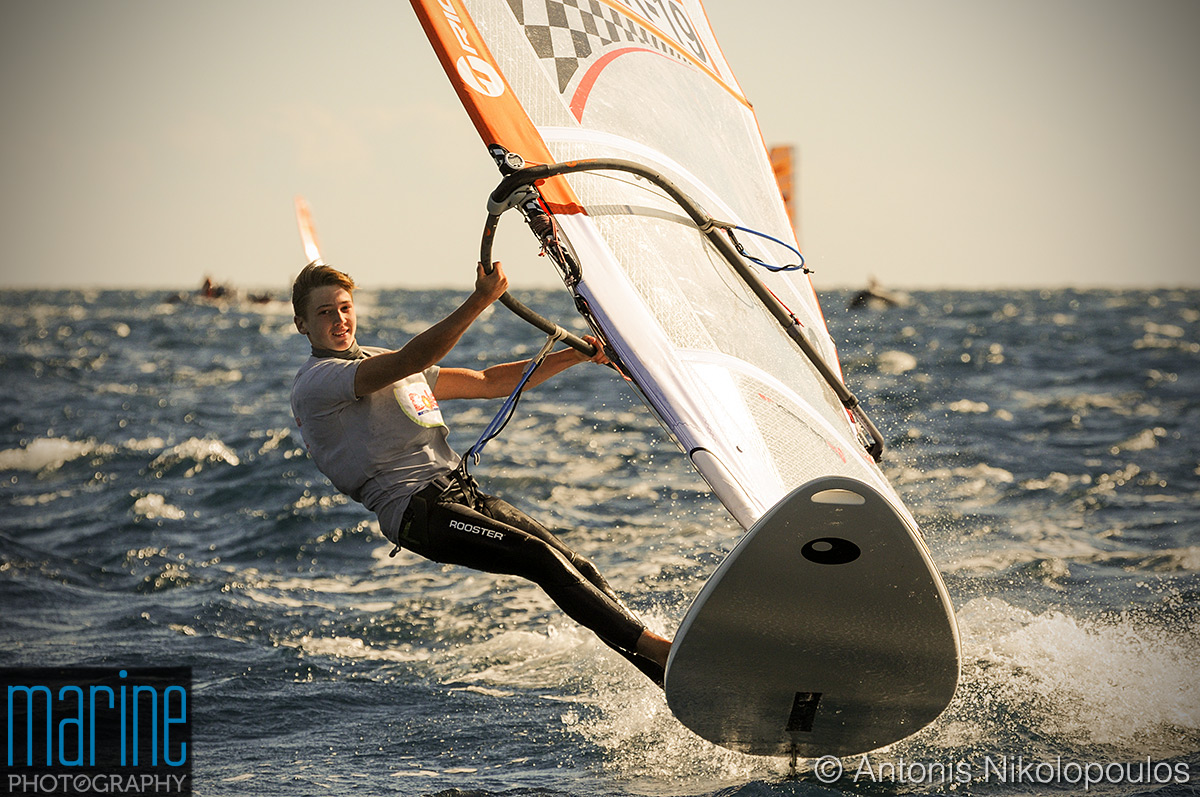 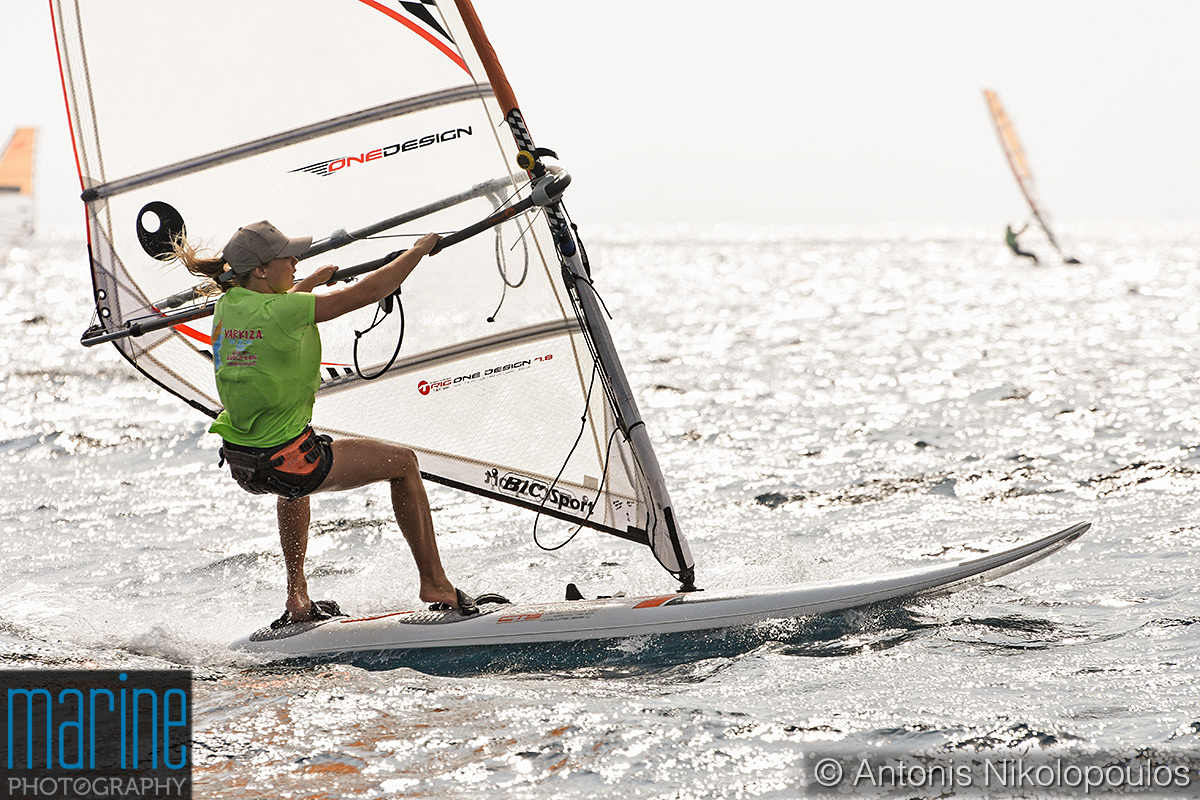 Youth Girls (under 17) division. Turning the upwind mark during a high wind race. 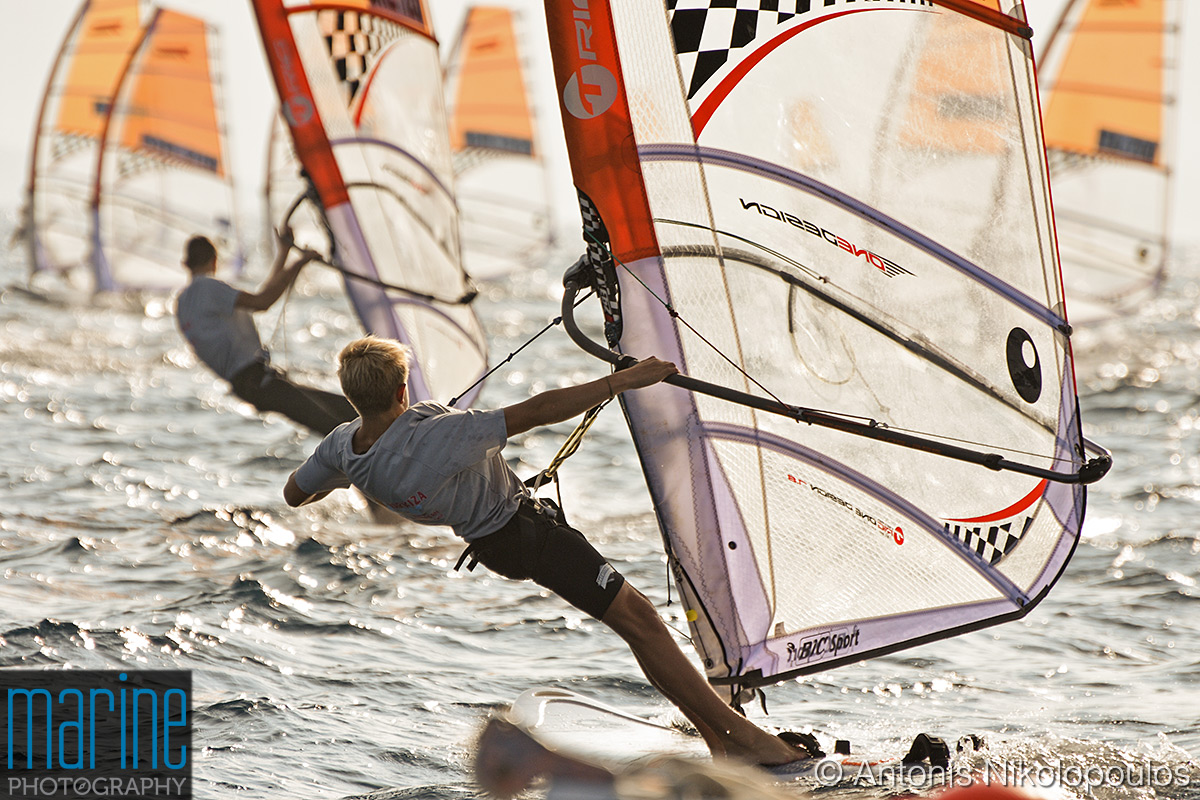 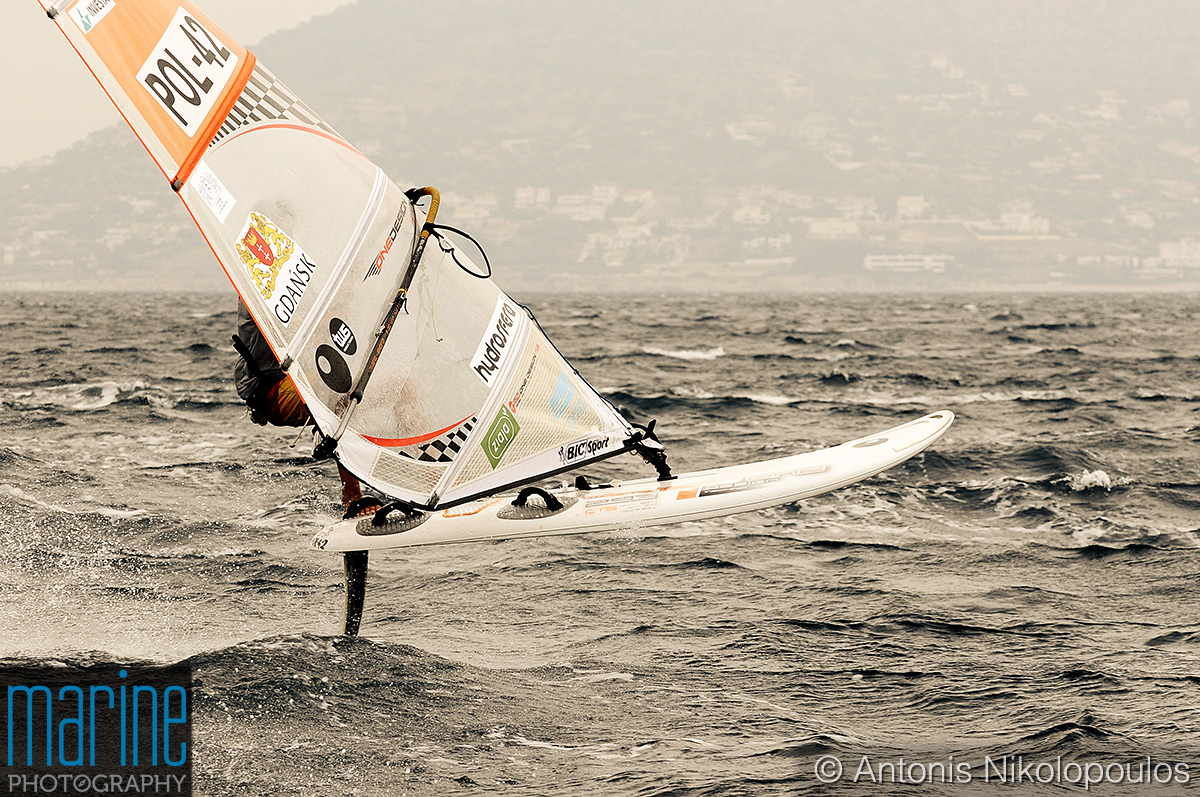 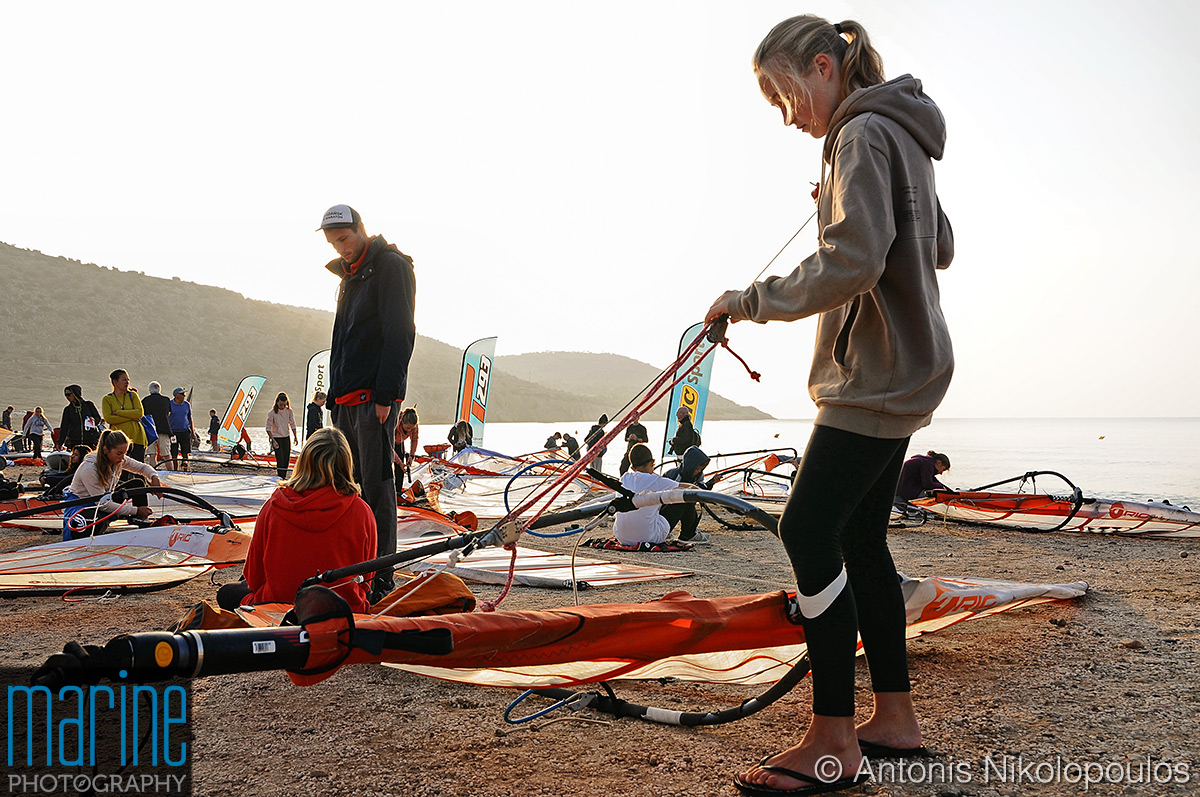 Preparing the gear early in the morning is a very important proceedure for the athletes. 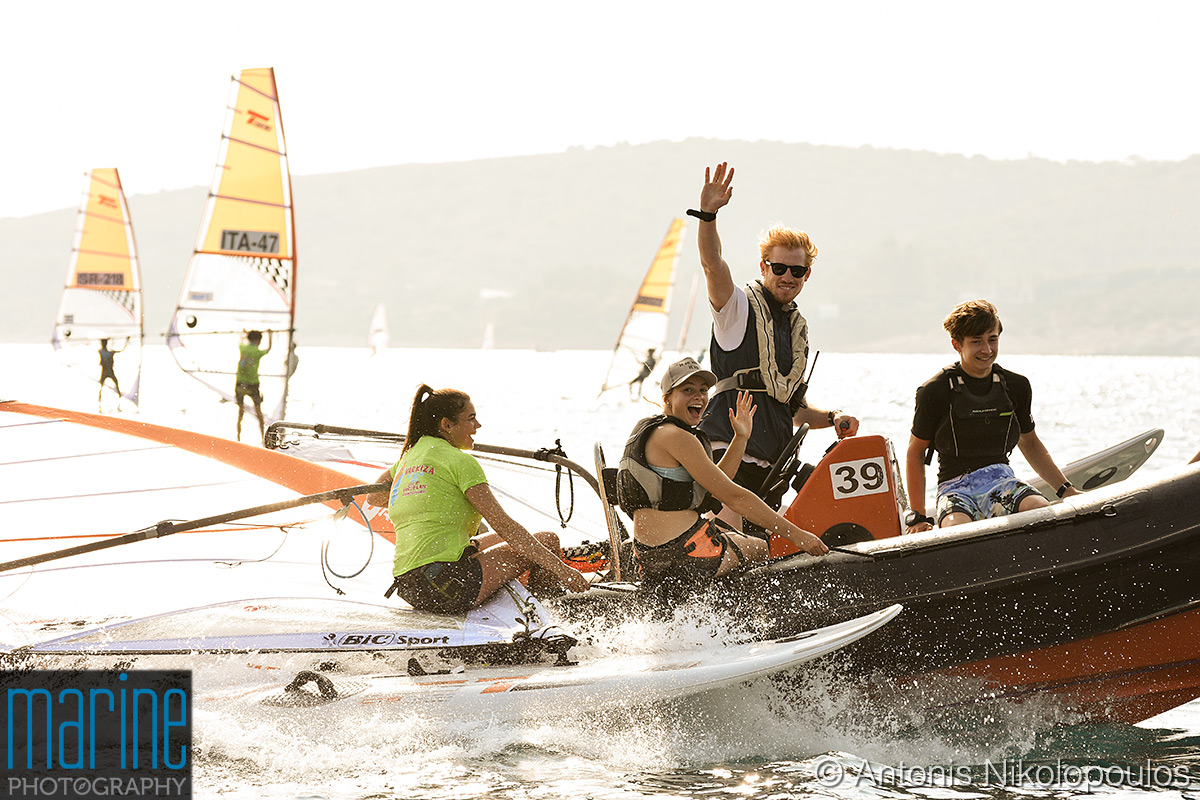 The practice race has just finished, the day before 2018 Techno 293 European Championship opening. 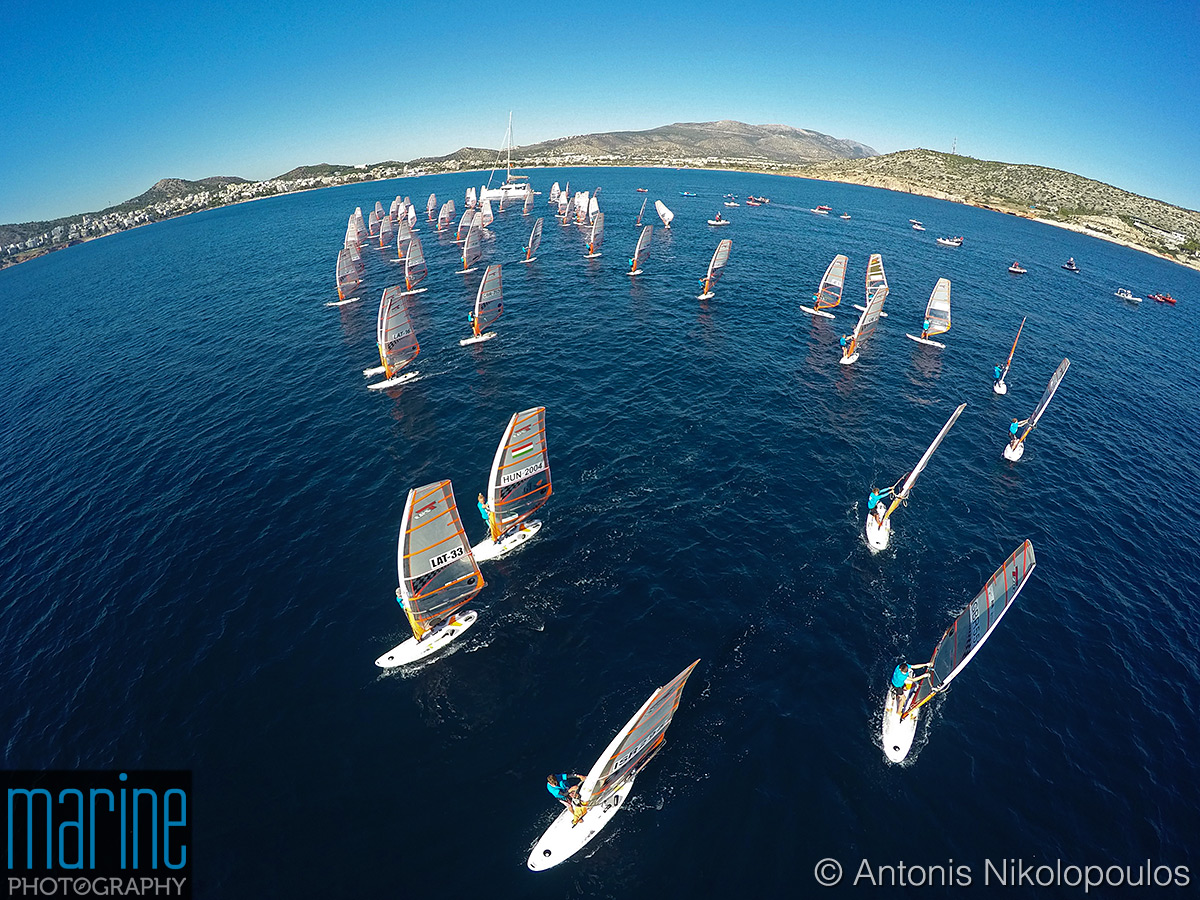 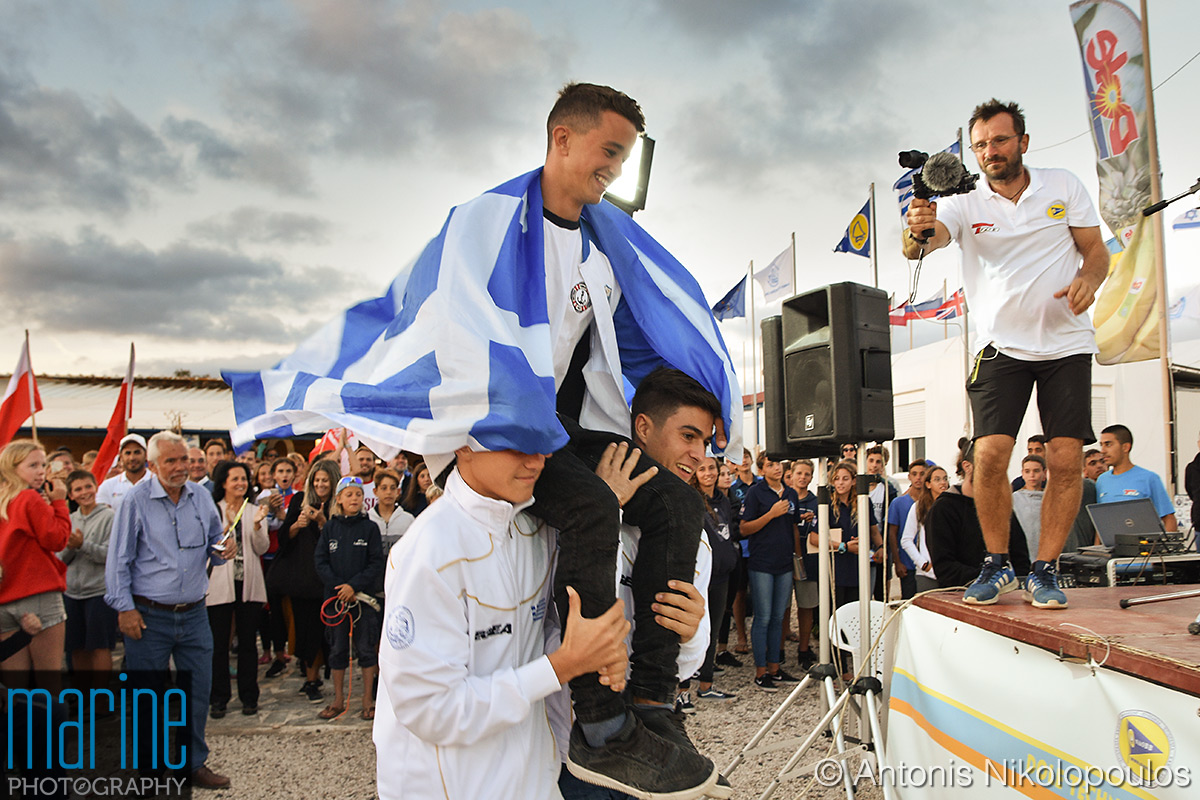