O’ Natalina is a luxury motor yacht for charter. The 52.5m yacht was built in 1985 and refited in 2017. Has 7 cabins including a master and 2 VIPs. Photography shooting lasted two days and took place in Vouliagmeni bay, Athens Greece. Photography session schedule included aerial shooting with drone, life style shooting with a couple of models, as well as still shooting of all interiors and exteriors where quests have access. Extra care was taken in “blue hours” shooting which means after sunset and before sunrise. The yacht’s lounges had very large windows, that’s why blue hours were the right time for proper photography. The exterior shots from the yacht’ s tender were done about half an hour before sunrise offering a very special atmosphere and feeling. 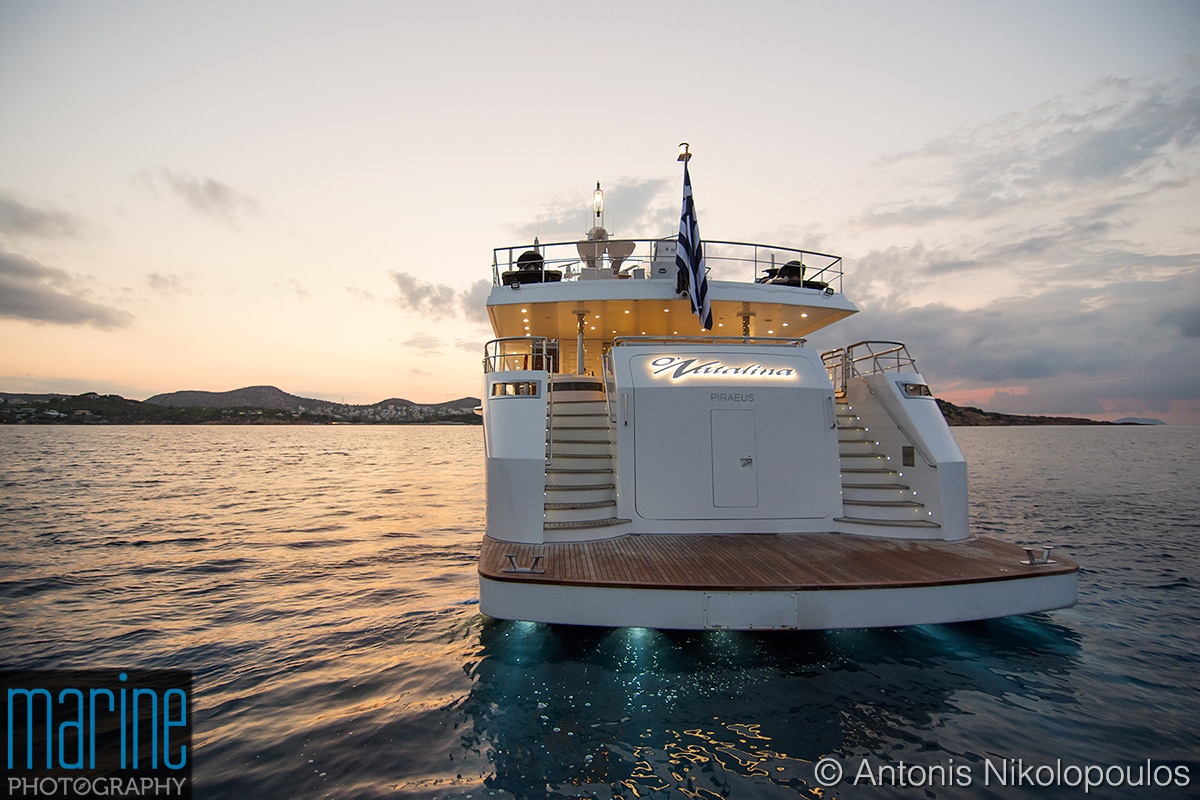 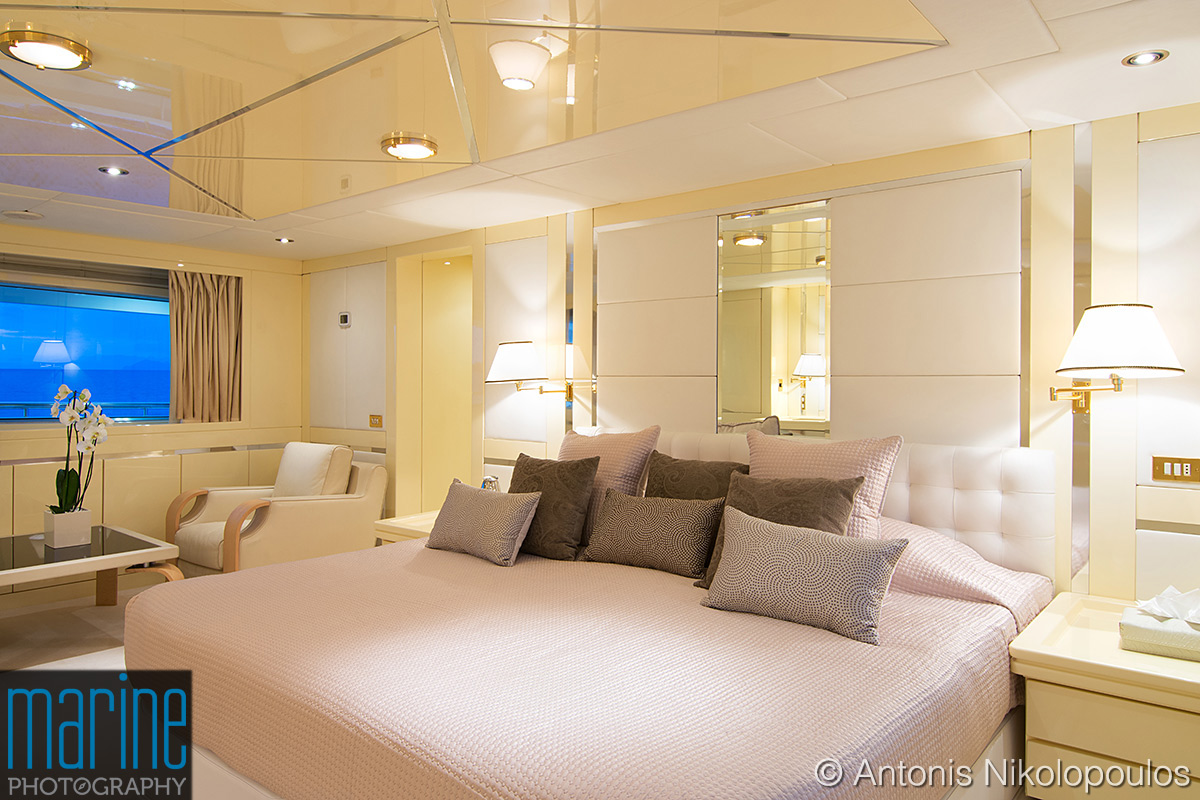 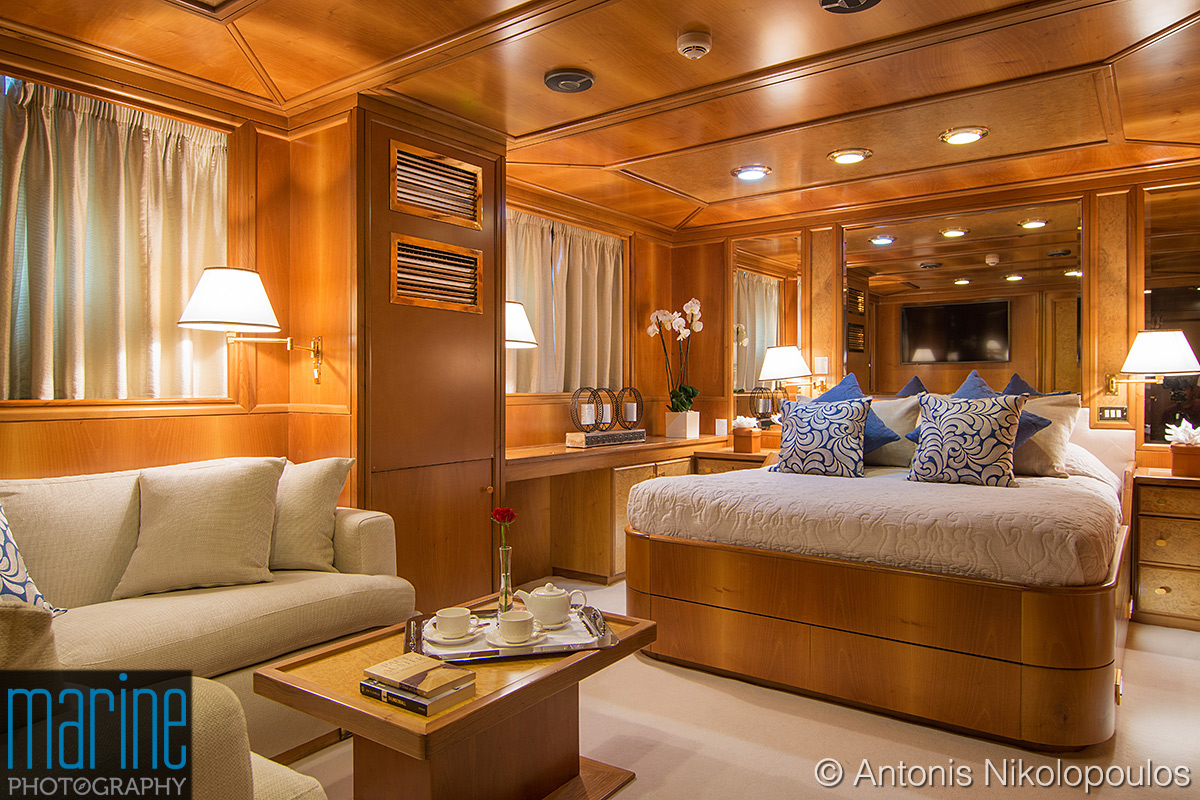 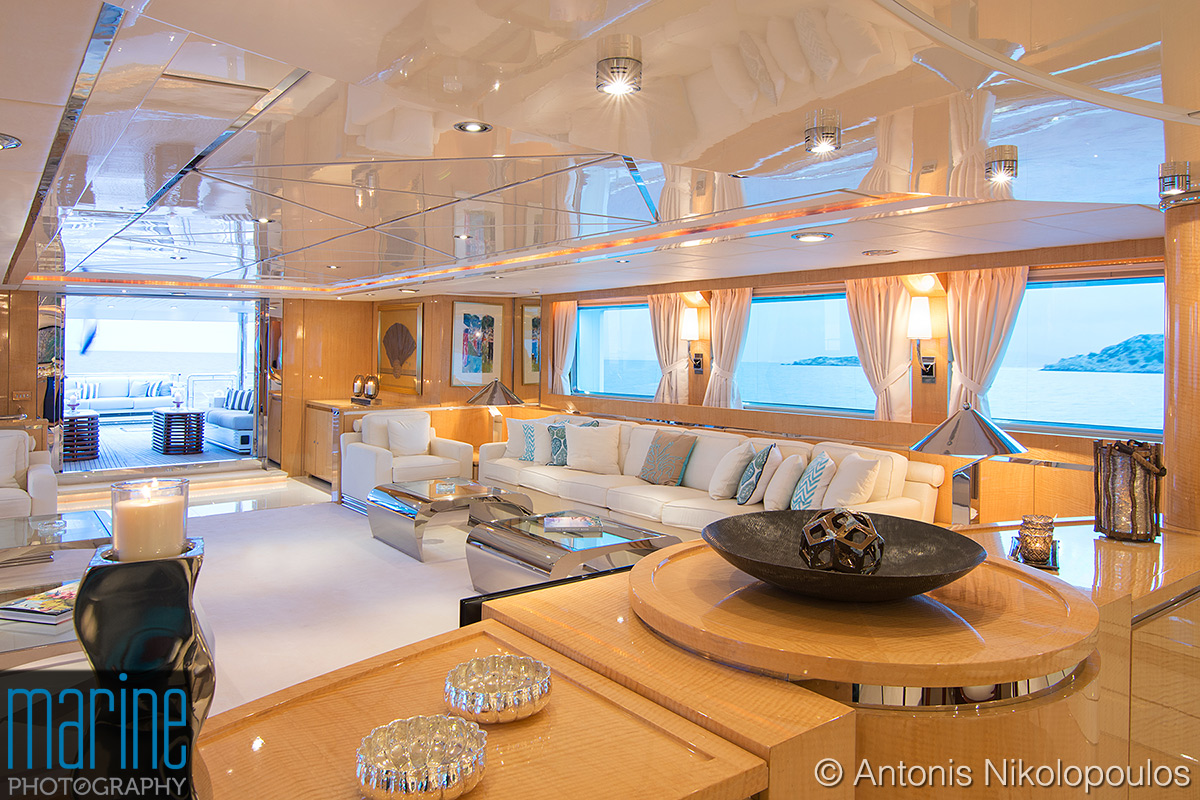 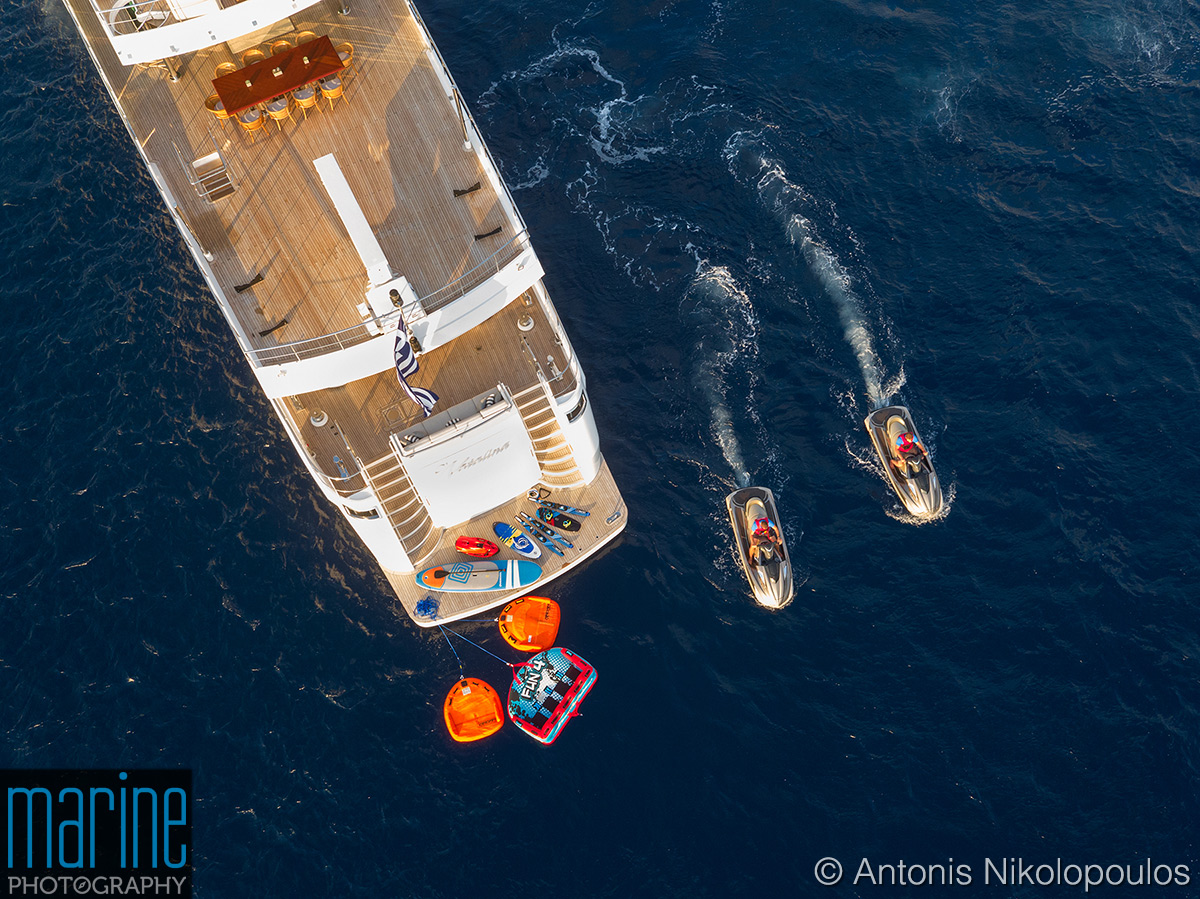 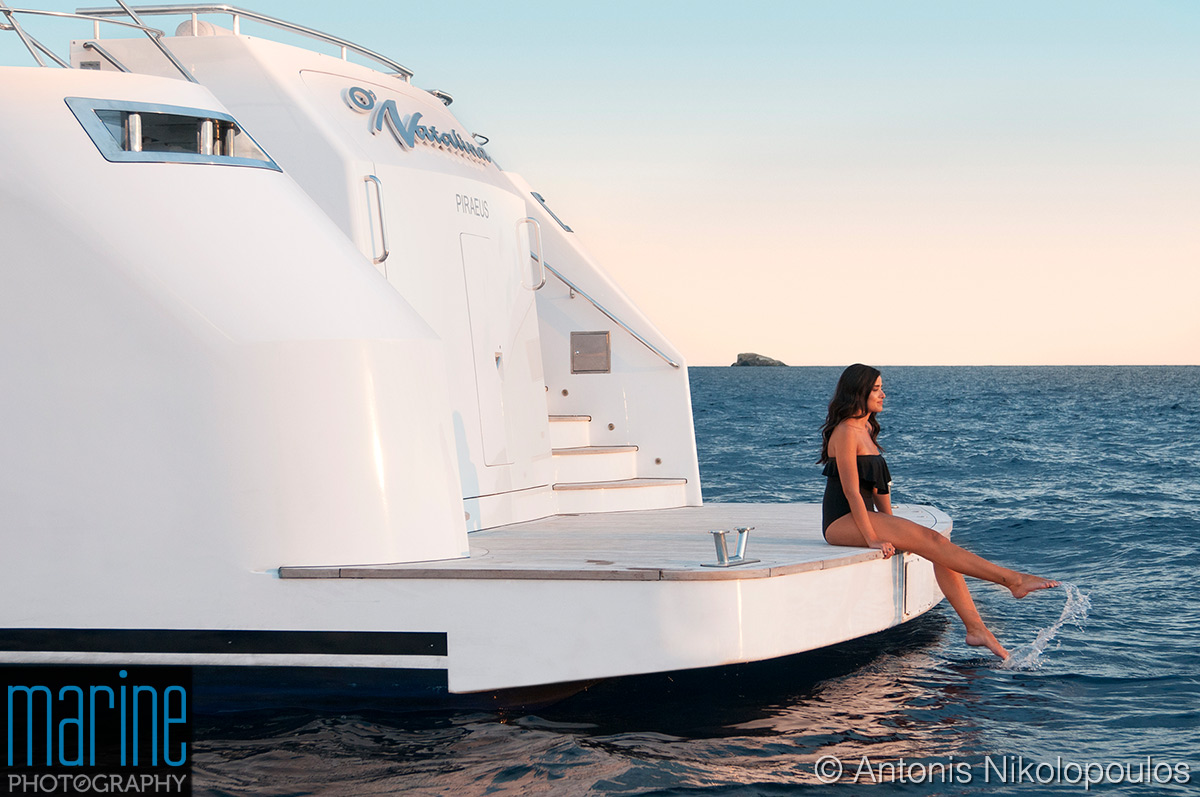 Relaxing on the stern’s platform 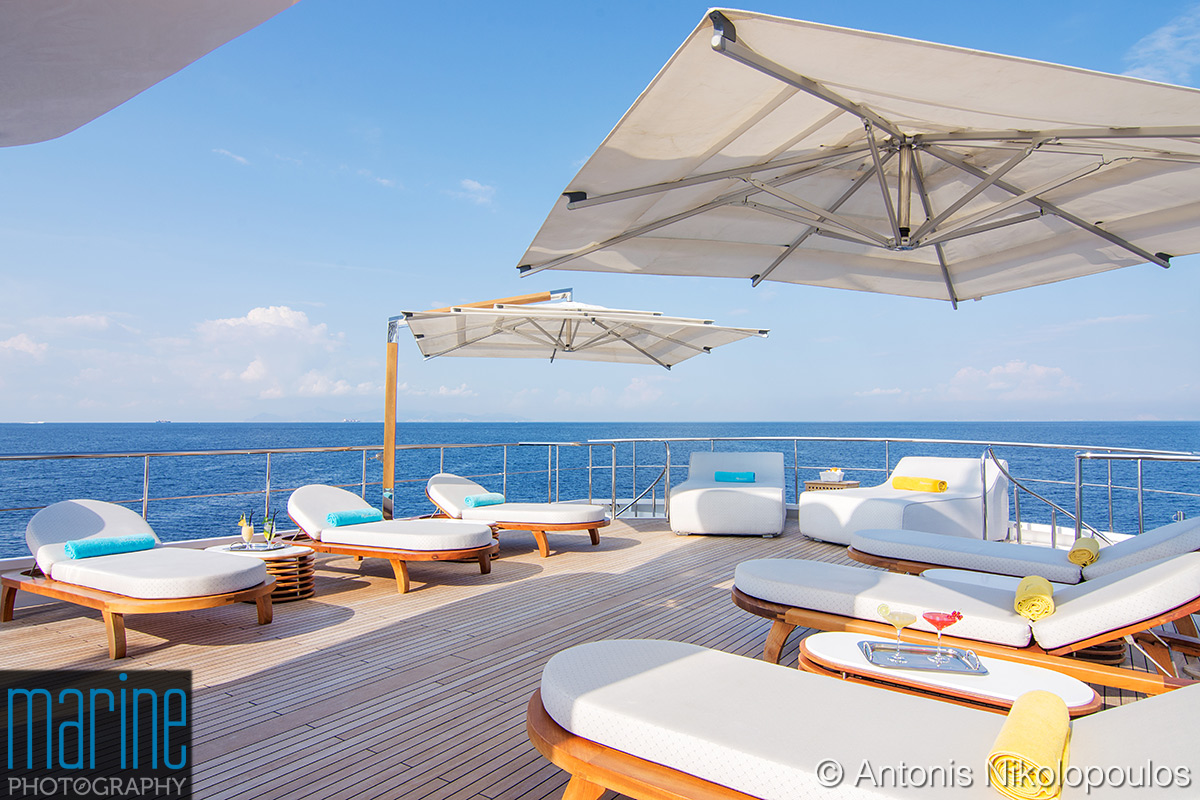 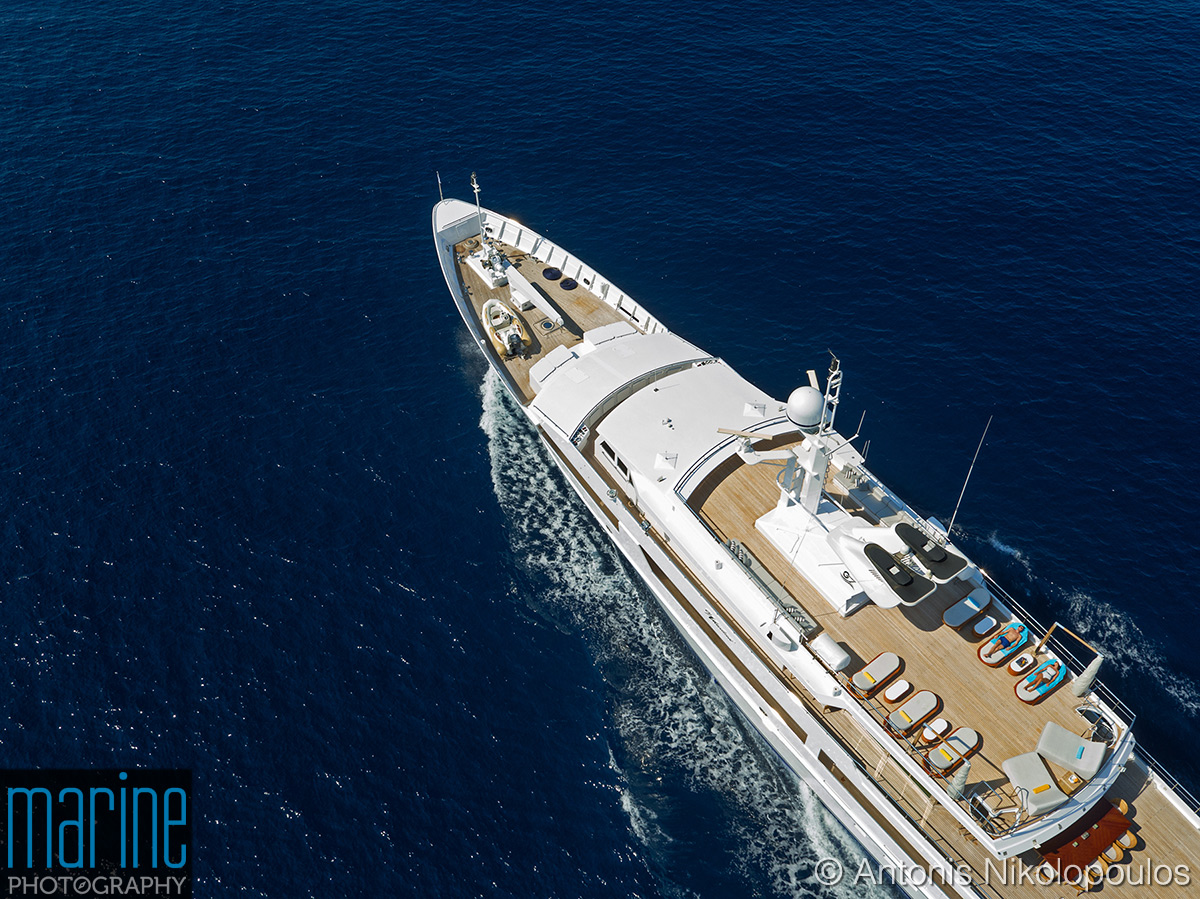 Aerial with drone and the couple of models relaxing on deckchairs