M/Y PATHOS is a 40m recently refitted motor yacht based in Athens south suburbs. The photo shooting was completed in Varkiza bay and at the small nearby island called Fleves. Aerial shooting with a drone covered the yacht’ s exterior, some deck details and the sea “toys”. Special care was taken for the late evening and night shots. Especially, night shots with the underwater lights on were very impressive! I also had the chance to create a complete virtual tour of all the yacht’s interiors and exteriors. Panoramic 360 degrees panoramas were captured with an iStar camera. 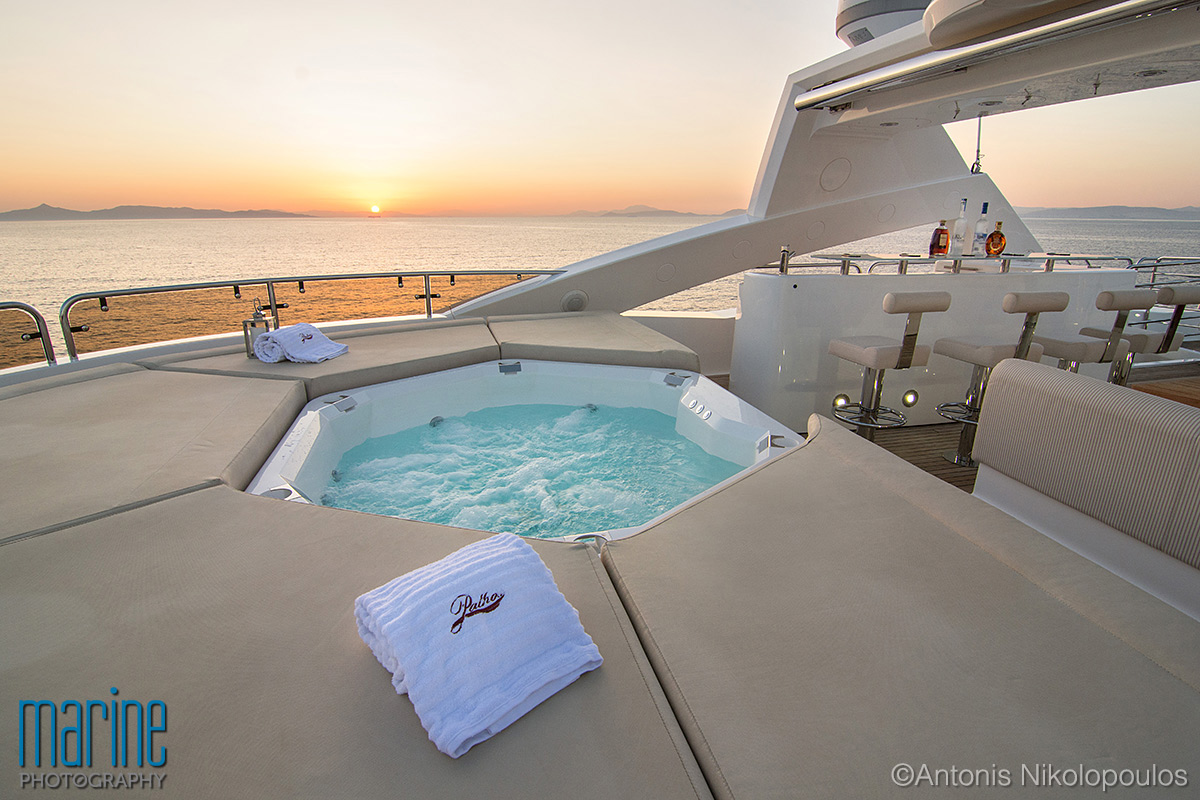 Sunset in upper deck with jacuzzi. 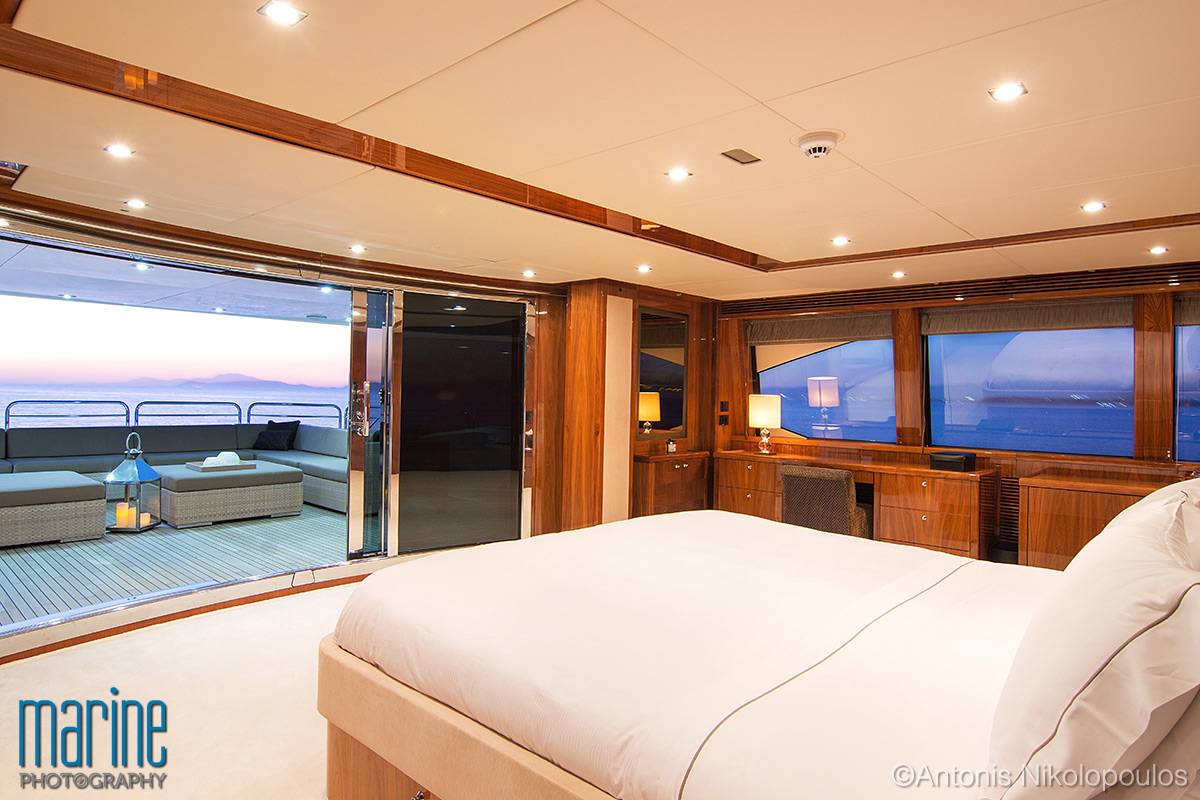 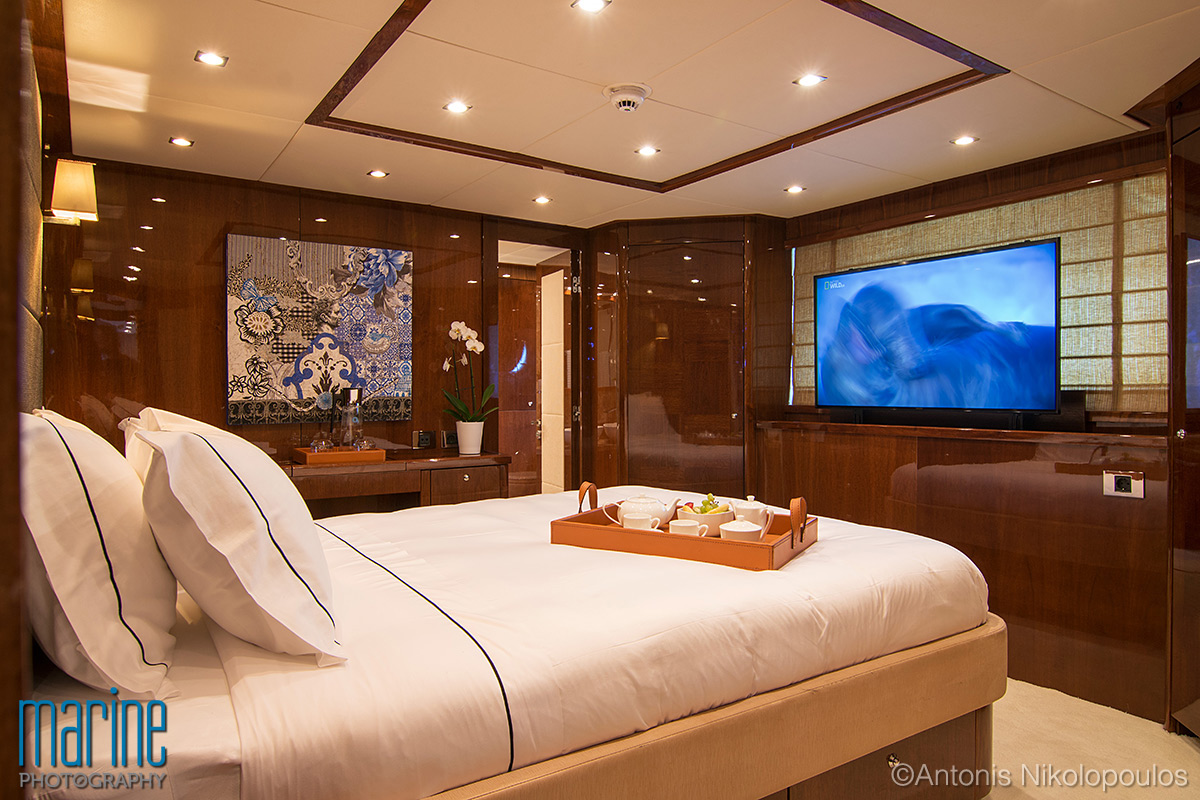 One of the 4 guest cabins 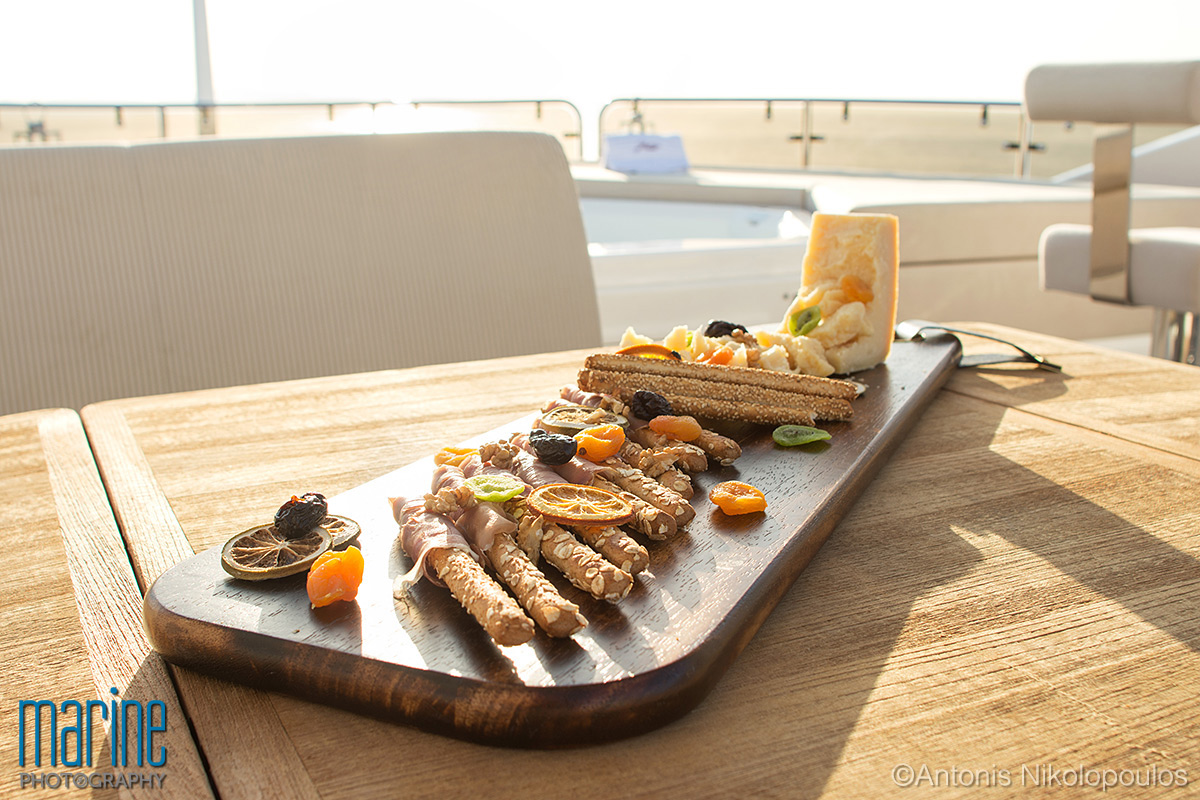 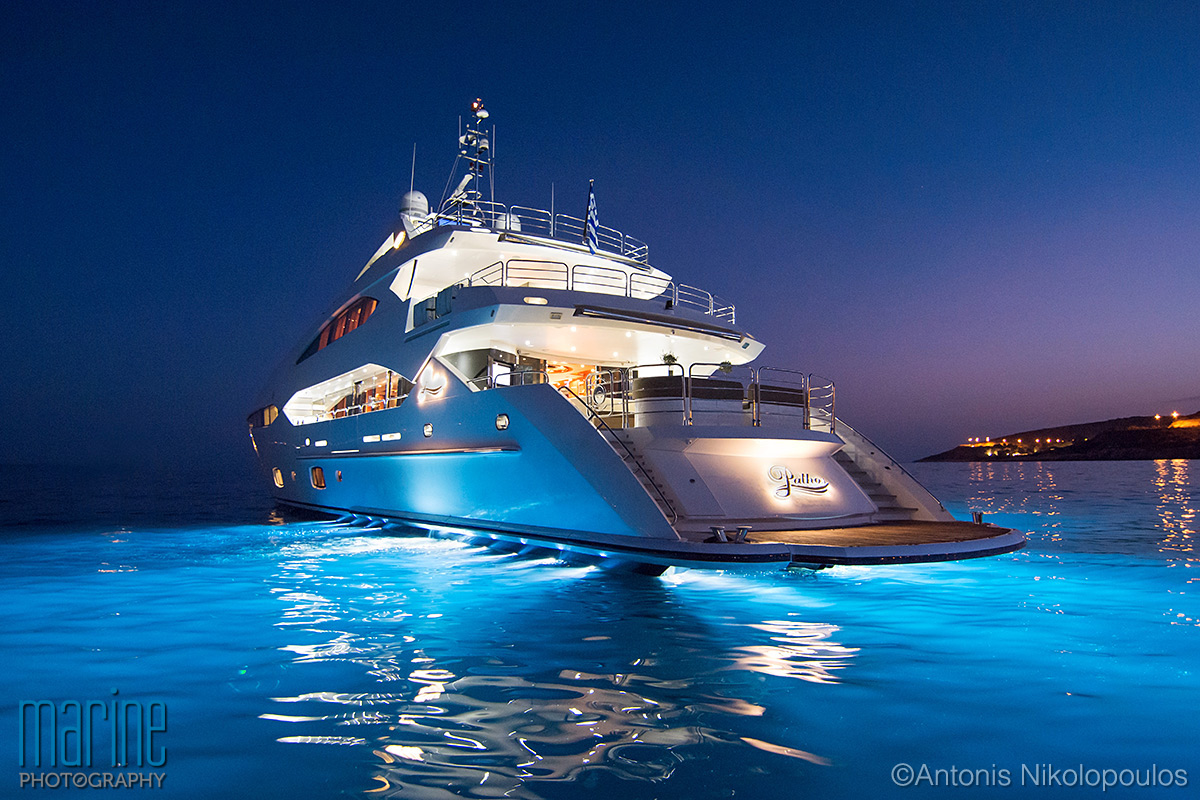 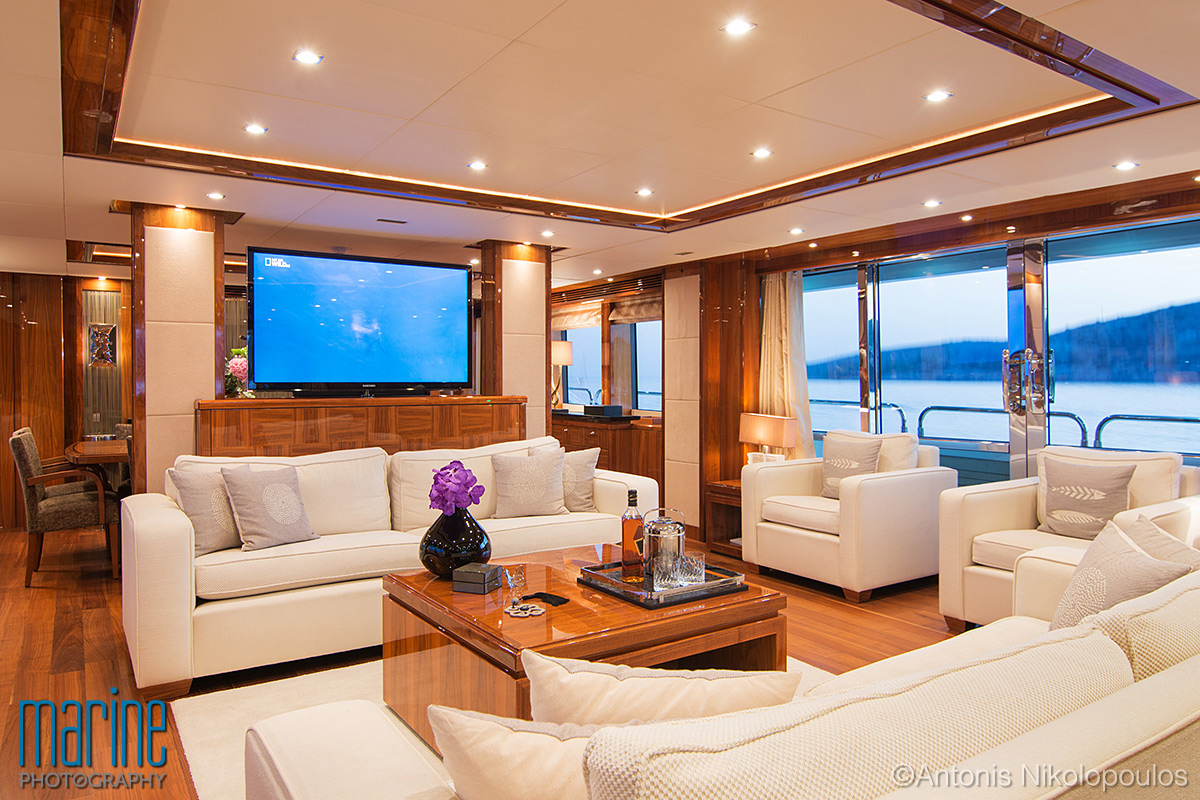 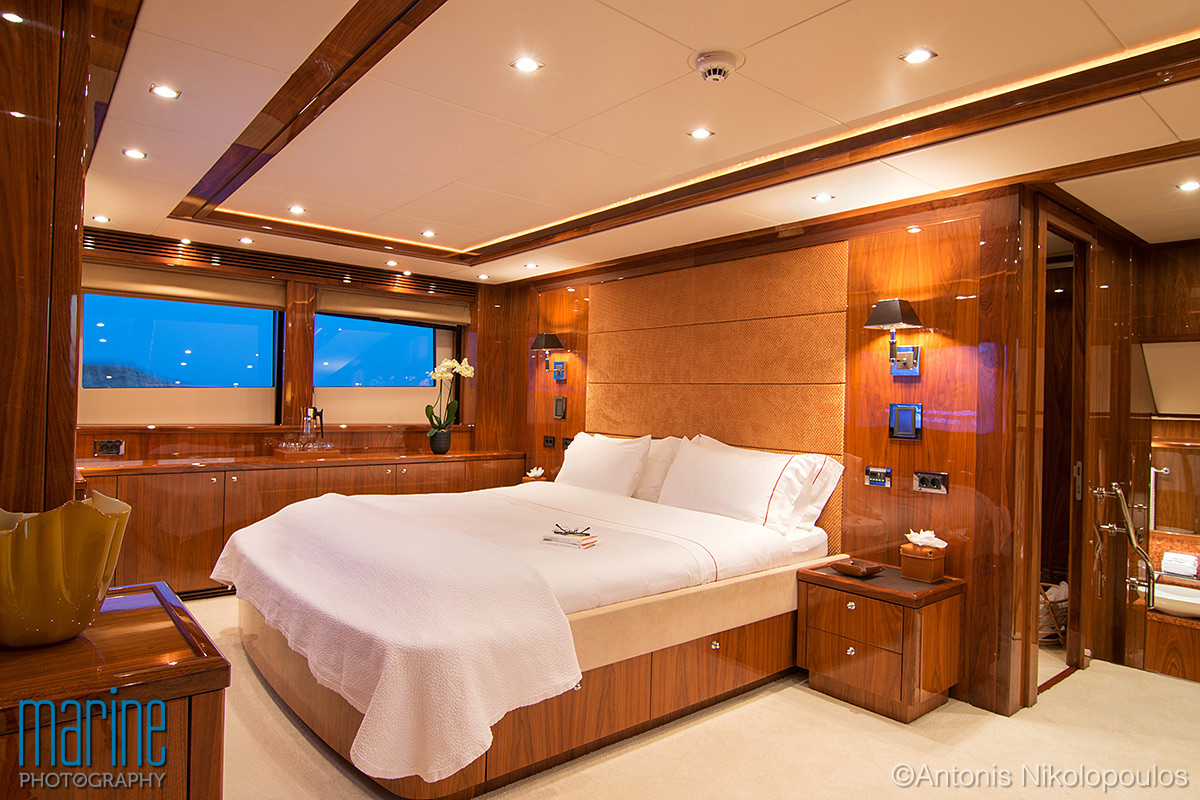