Oceane II is a 27m motor yacht built in 1976 and last refitted in 2015. There was a need for a new photography session for promoting chartering. The new photographs should show the renewed furniture and accessories on the decks, as well as interior shots with a more delicate and minimal style in all cabin. Additionally an aerial photography shooting with drone was essential. The yacht was based in Marina Flisvos near Athens. The drone took off from the nearby Marina Alimos and met the yacht half a mile outside the harbour. After finishing with all aerials, she sailed to Fleves island for continuing with the remaining shots. All deck photos were done in the late afternoon, with the soft sunlight creating very pleasant atmosphere. The most complicated and  time-consuming shot was as usually the one showing the sea toys. There were too many of them and it was quit difficult to achieve a nice and still composition in the sea. 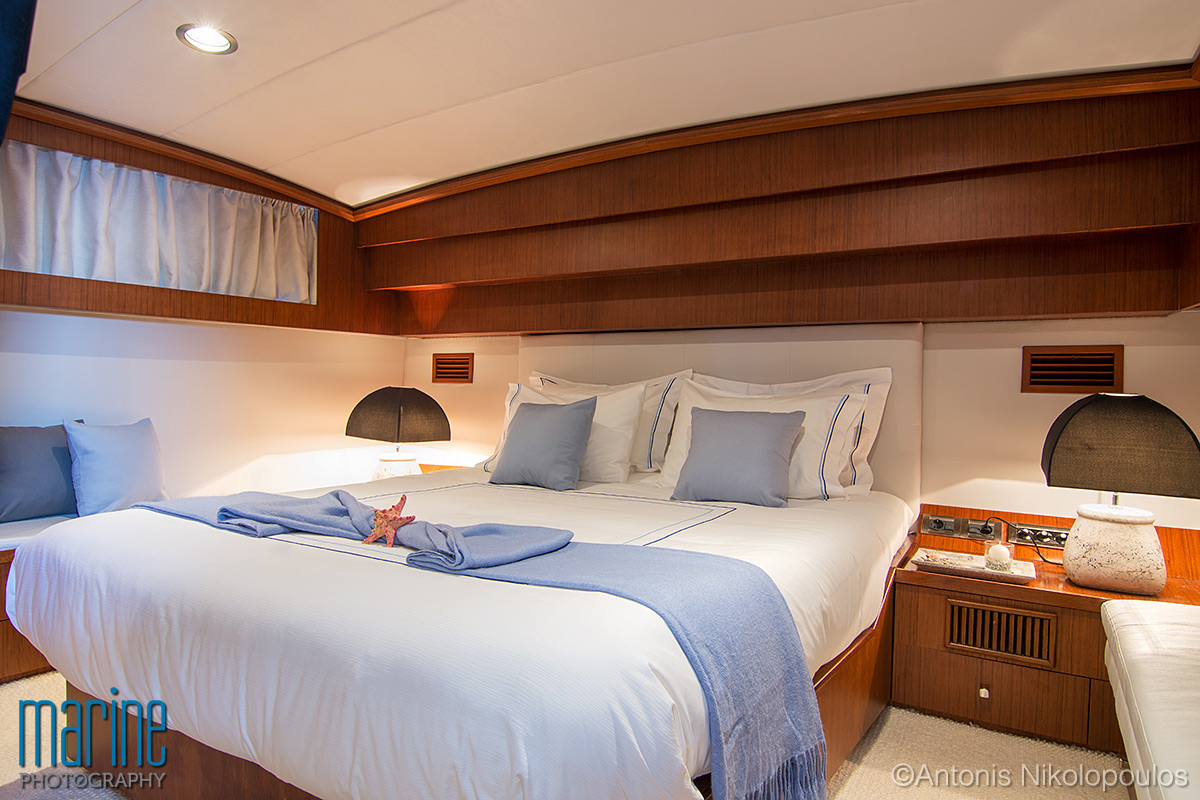 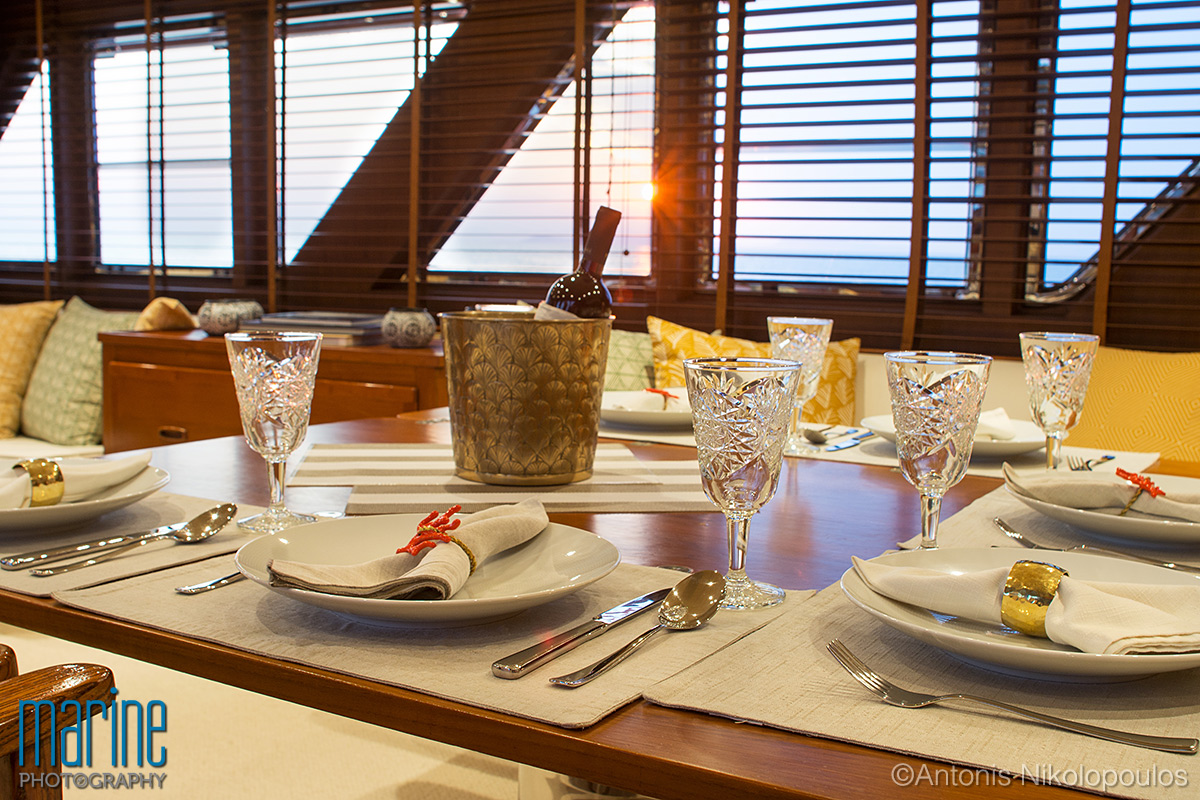 Detail of the dining table with sunset view outside the windows 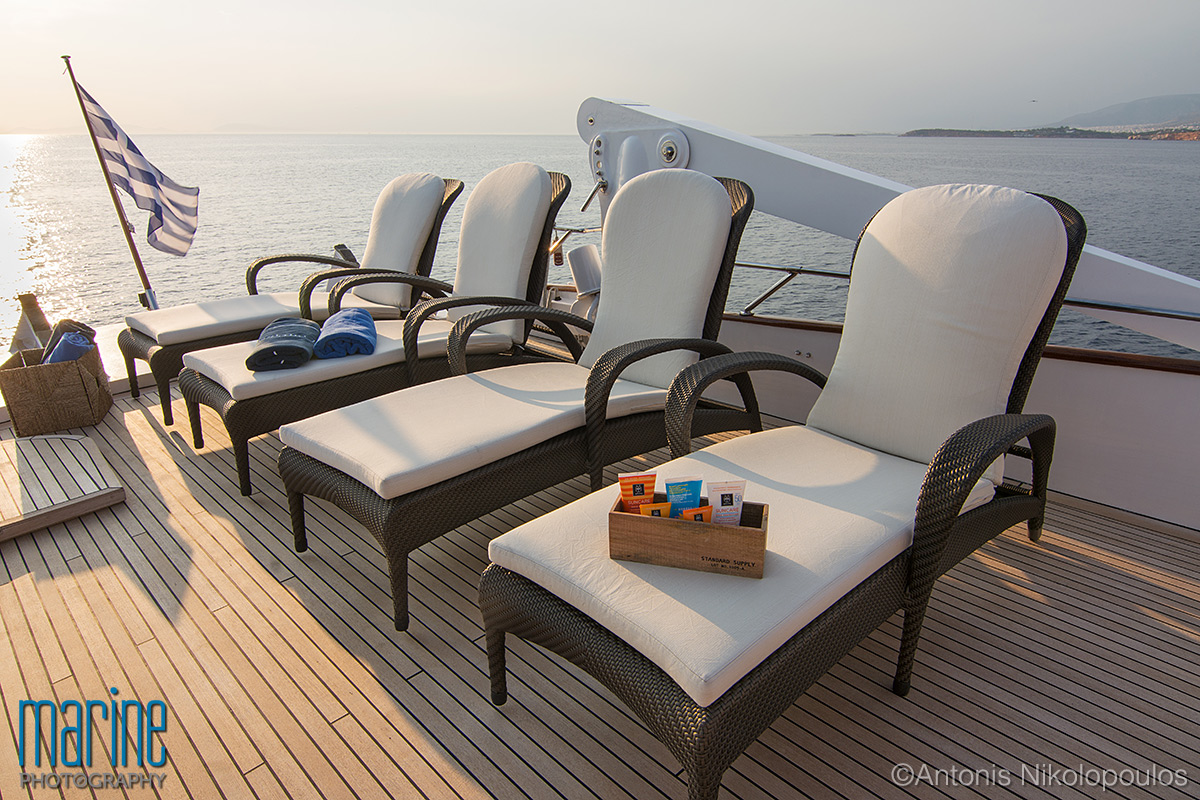 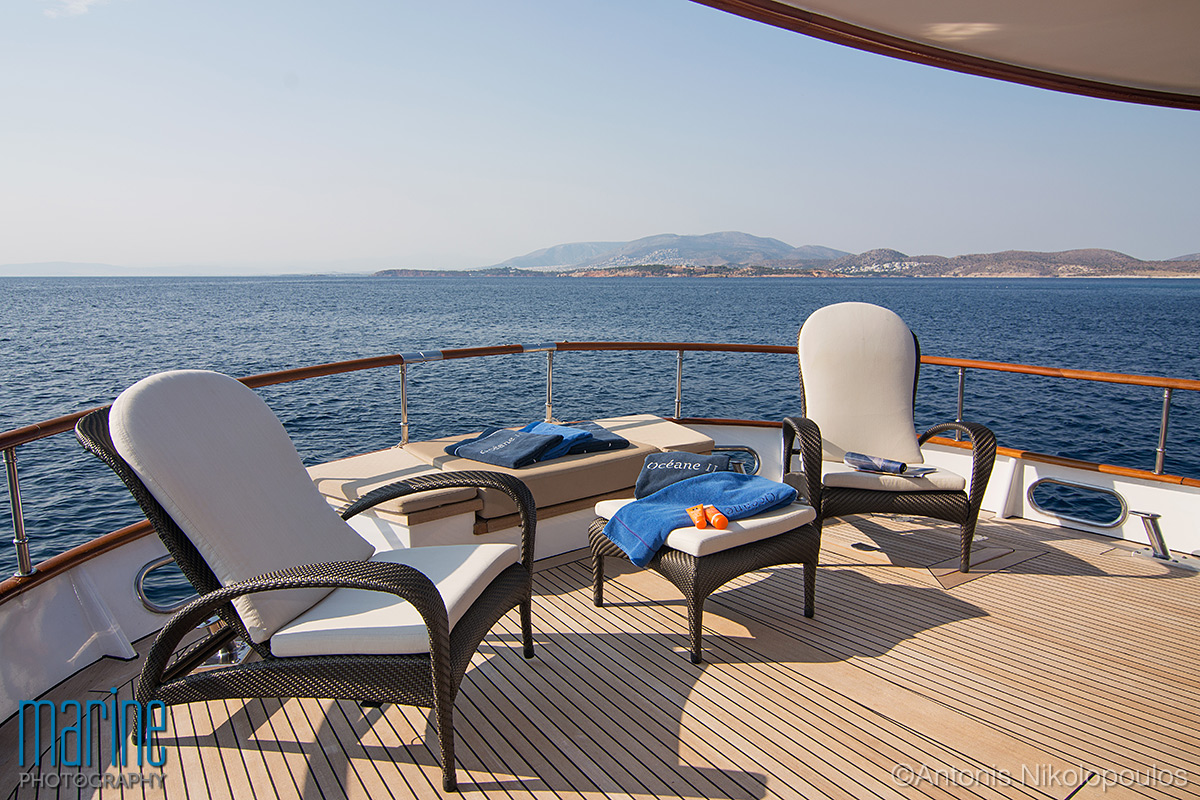 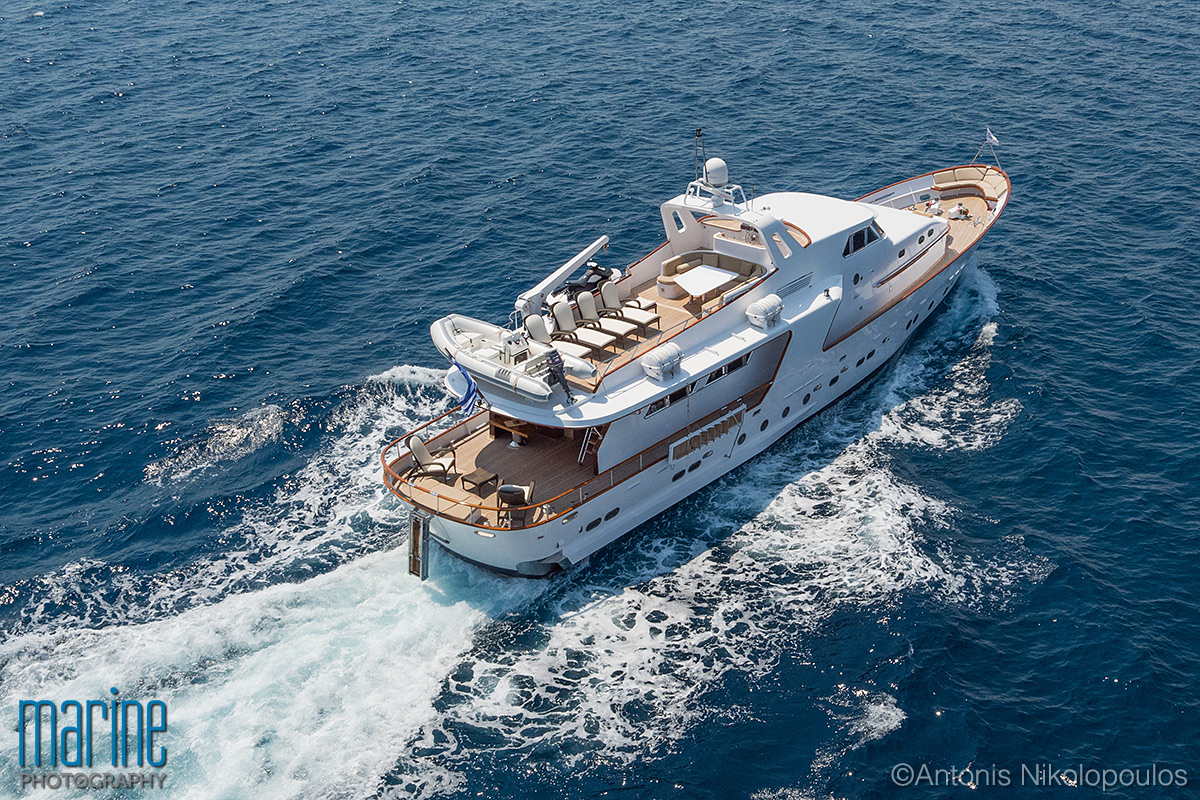 Aerial shot with drone showing the yacht in cruising speed