M/Y Suncoco is a 32m motor yacht built in 1992 and refited in 2014. She has a very characteristic shape and too many interior and exterior space comparing to her size. The yacht is based in Marina Alimos, Athens Greece. The photography session took place not far away from the harbor, in a small island close to Athens south suburbs. Pictures had to serve both chartering and selling promotions.
All cabins, lounges and the dining room are quite simple, yet classy with minimal decoration. The master cabin is covered with darker and more redish wood than other guest cabins. I spent a lot of time inside master cabin, making alternative shots with different bed covers, different decoration and different mood through lighting. I also took many pictures of the yacht’s details showing the construction quality.
Special care was taken while shooting the two lounges, the dining room and the bridge because of their big windows. The proper time to shoot was when the natural light was very low, even lower than the yacht’s artificial lights.  It was quite challeging to catch up with time and light just after sunset and before getting too dark.
Aerial shots were done with a drone, which was controlled from the pier. Two remote controls with monitors, one for the drone and the other one for the camera, offered absolute efficiency during aerial shooting.
Last but not least, careful digital editing of original RAW files was the key of the extra sparkle and fresh look of the final photographs. 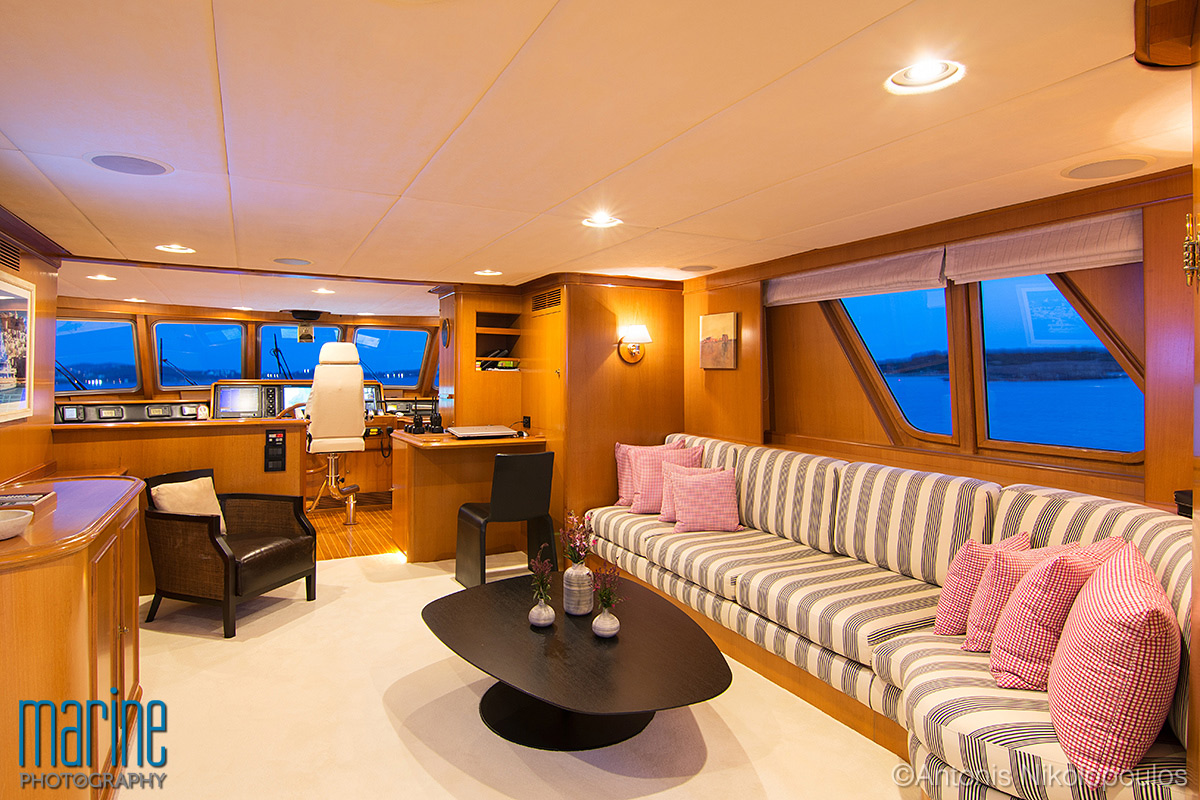 The upper lounge, just behind the bridge, captured about half an hour after sunset. 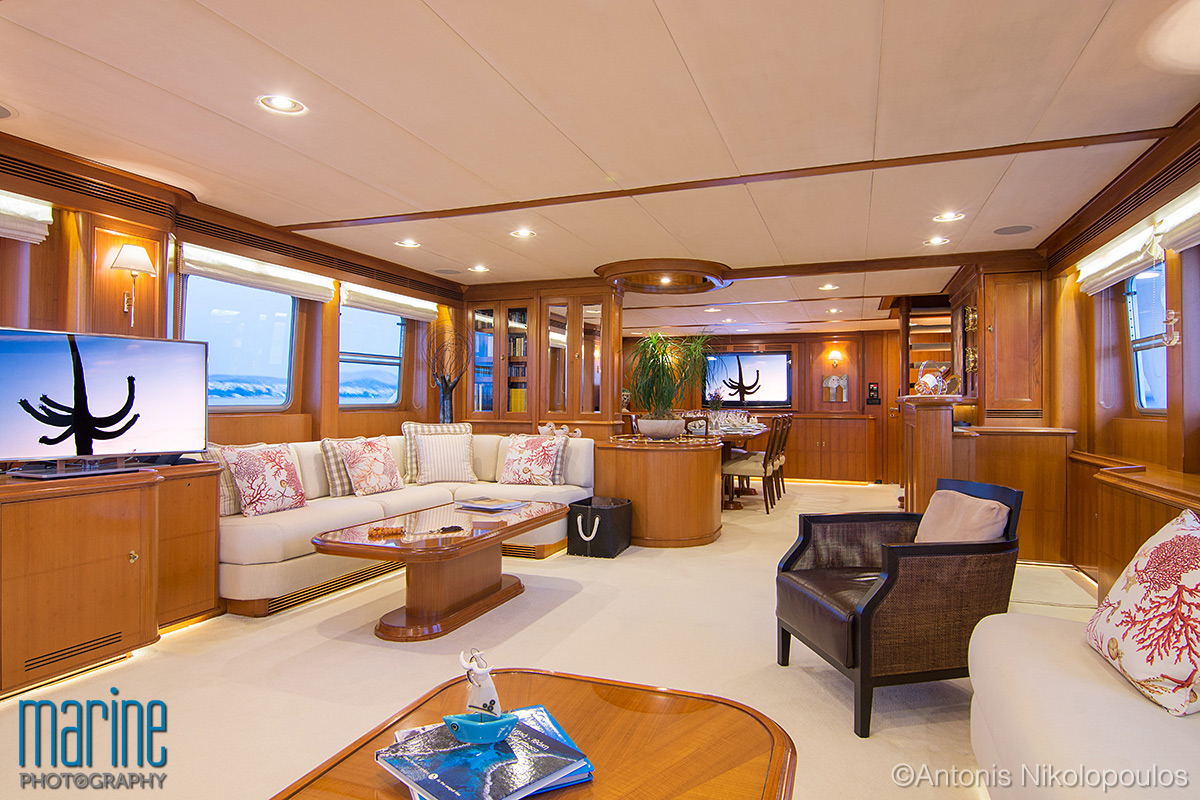 The main lounge with dining room in the background. 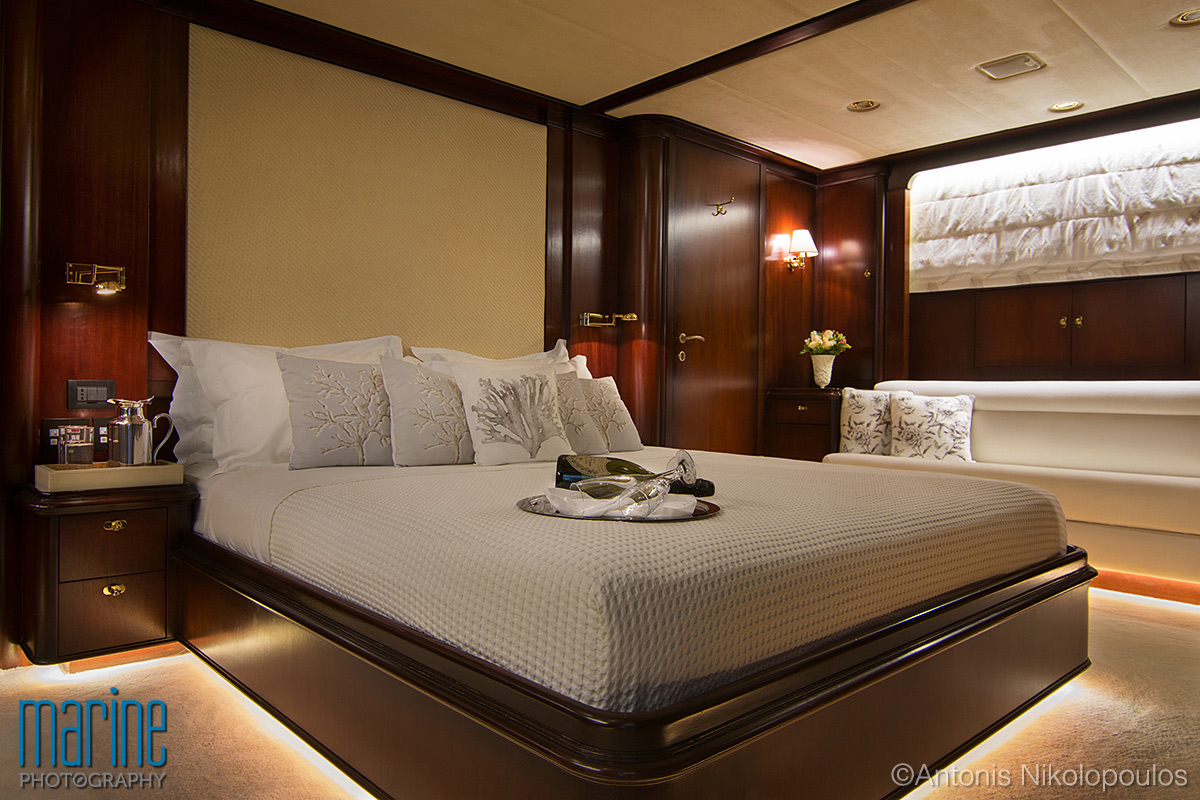 The master cabin, captured with the ceiling lights off. 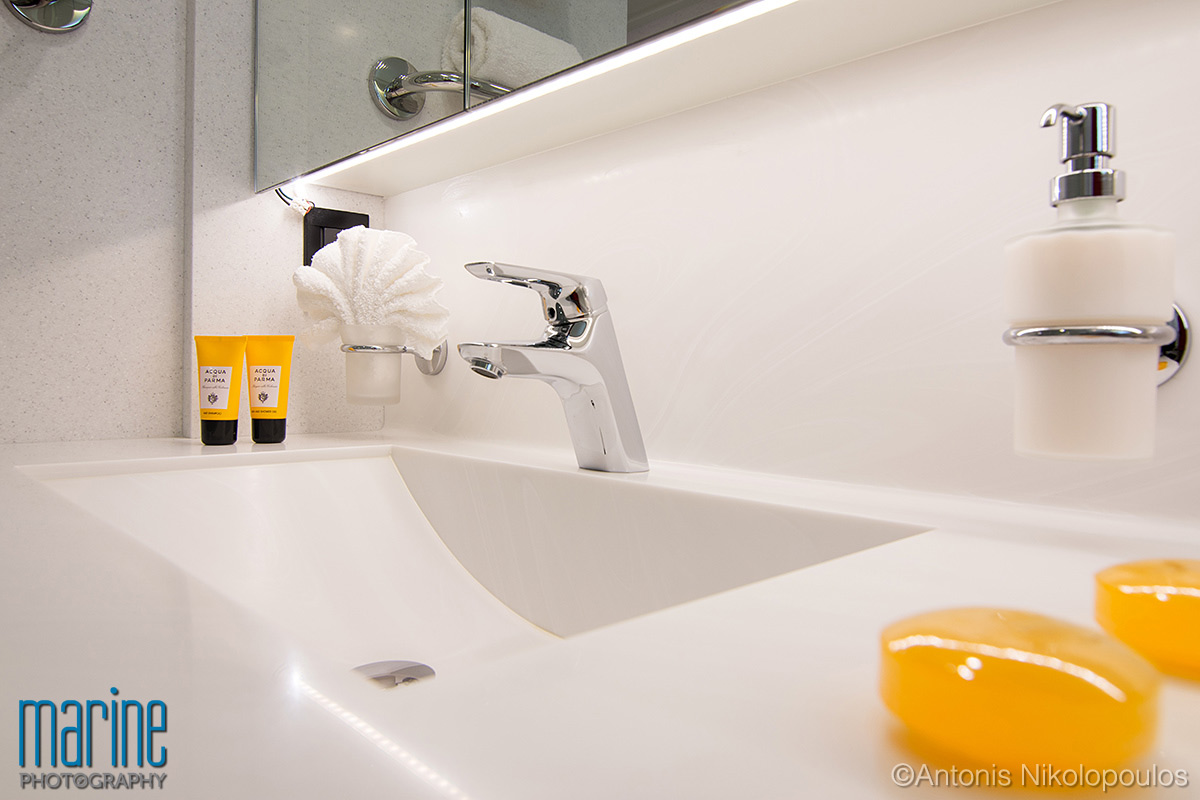 Detail in the master cabin’s bathroom. 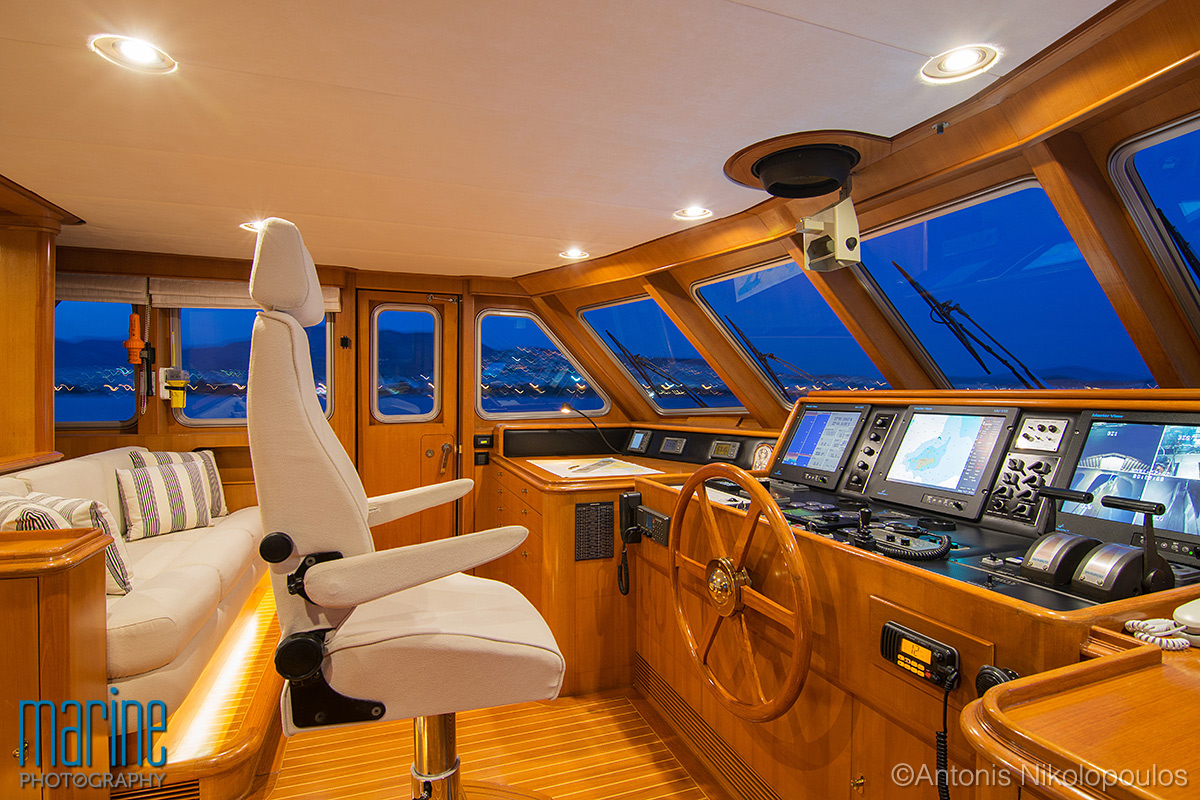 The bridge, captured just before getting completely dark outside. 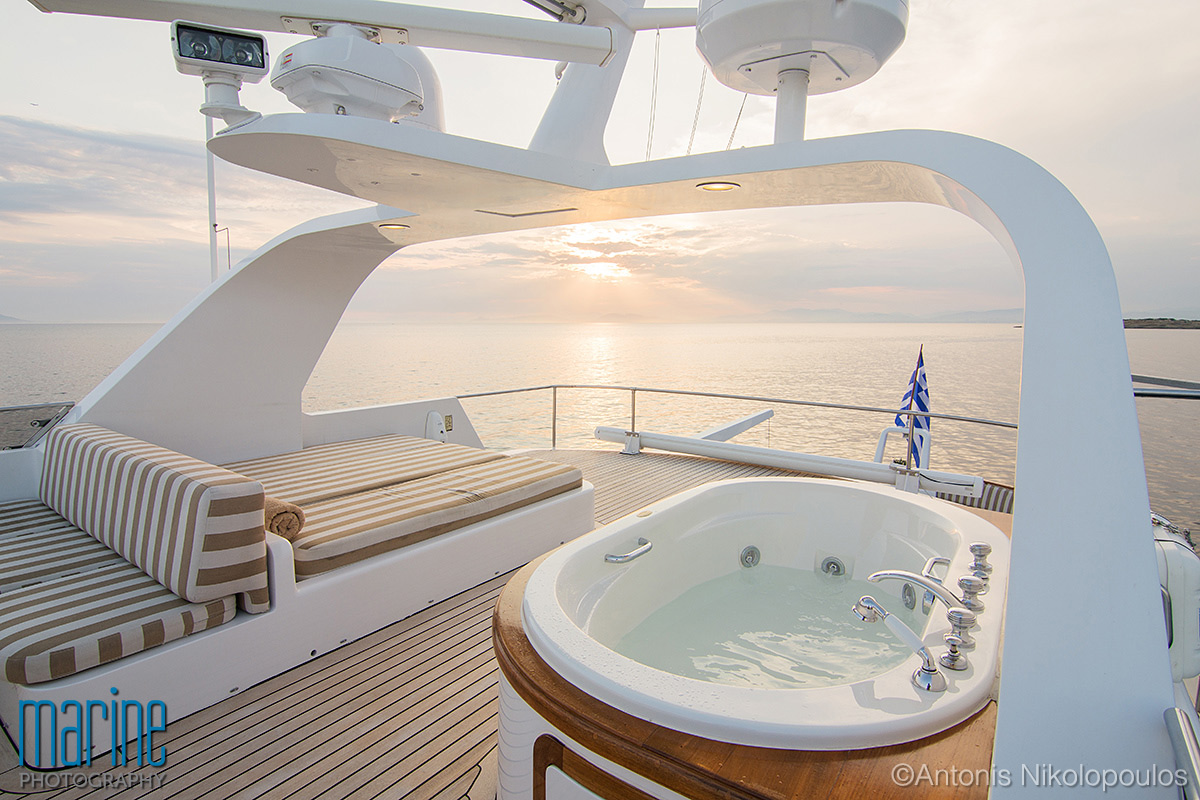 The upper deck with jacuzzi, in sunset time. 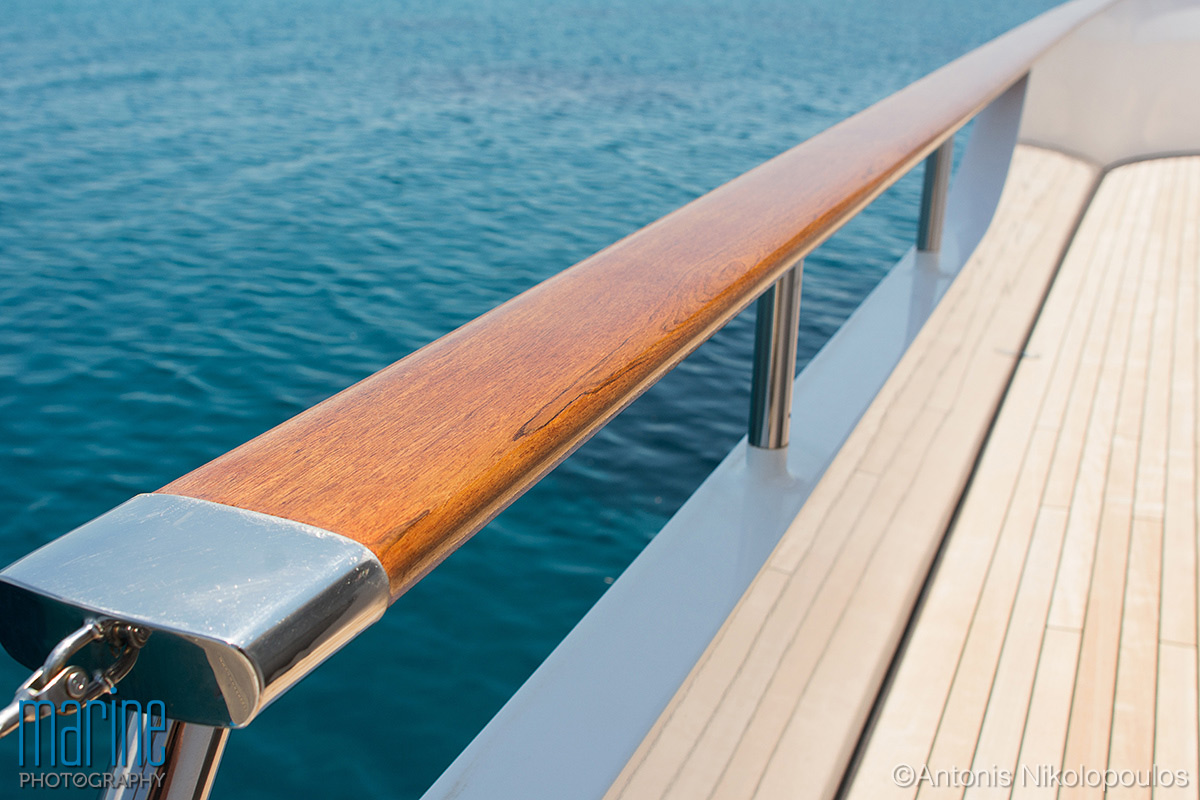 Detail of the rail. 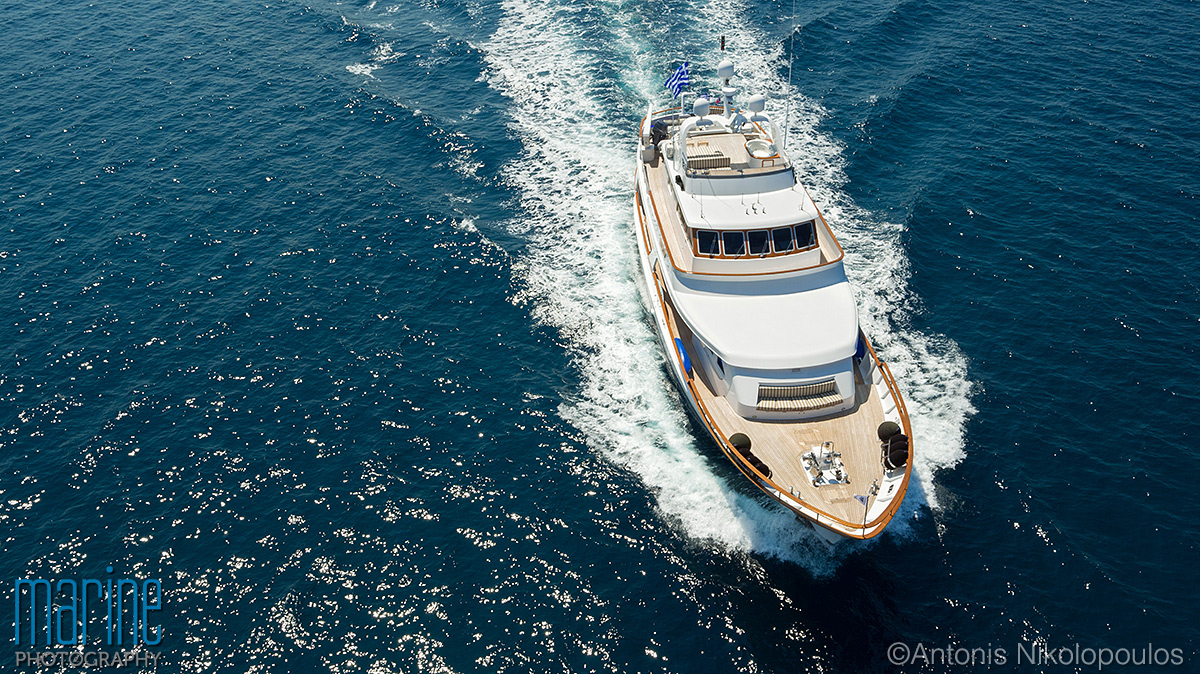 Aerial photograph with drone, showing the yacht from an interesting angle.