Athens Eurolymp week is an international sailing and windsurfing event, taking place once every year in Athens, Greece. It is concerning all olympic sailing classes and some additional ones like Optimist, 420 and Bic Techno windsurfing class. I was participating in the windsurfing race as a coach and member of the race committee, so I had the chance to be in the field and shoot the RS:X olympic class and the Bic Techno youth olympic class. This year’s competition level was extremely high. Byron Kokkalanis 5th olympic champion, Andreas Cariolou a very experienced sailor from Cyprus, Leonidas Tsortanidis twice Bic Techno world champion and Katerina Divari RS:X world champion (under 17 division) were among many other outstanding athletes from Greece, Turkey and Cyprus.
Shooting a windsurfing or a sailing race is quite challenging. The photographer should understand what is going on and predict the action, in order to be in the right place the right time. I tried not to do just a typical race report, but furthermore capture the mood of the race, as well as the atmosphere of the various weather conditions. The wind was varying from extreme light to extreme strong conditions and the sea was often very wavy due to south wind direction. In the brief photography sample that follows, there are pictures showing windsurfers sailing in light wind conditions behind big waves, others where the whole fleet is waiting for the wind to stabilize and others with windsurfers full planing in flat water high wind conditions. All pictures were carefully edited in order to create optimum contrast and color reproduction, as most photographs were taken under cloudy flat light conditions. 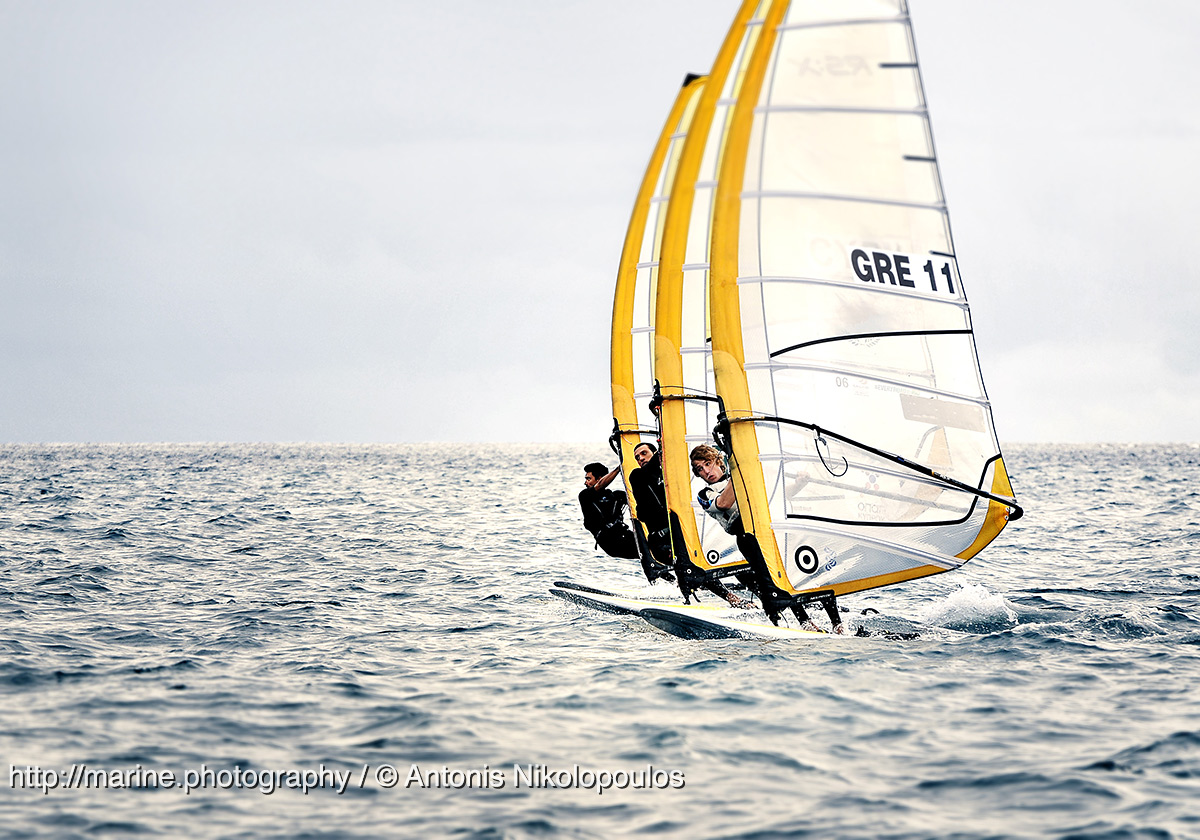 RS:X division 9,5 right after the start of the race. Olympic champion Kokkalanis sails on the windward side. 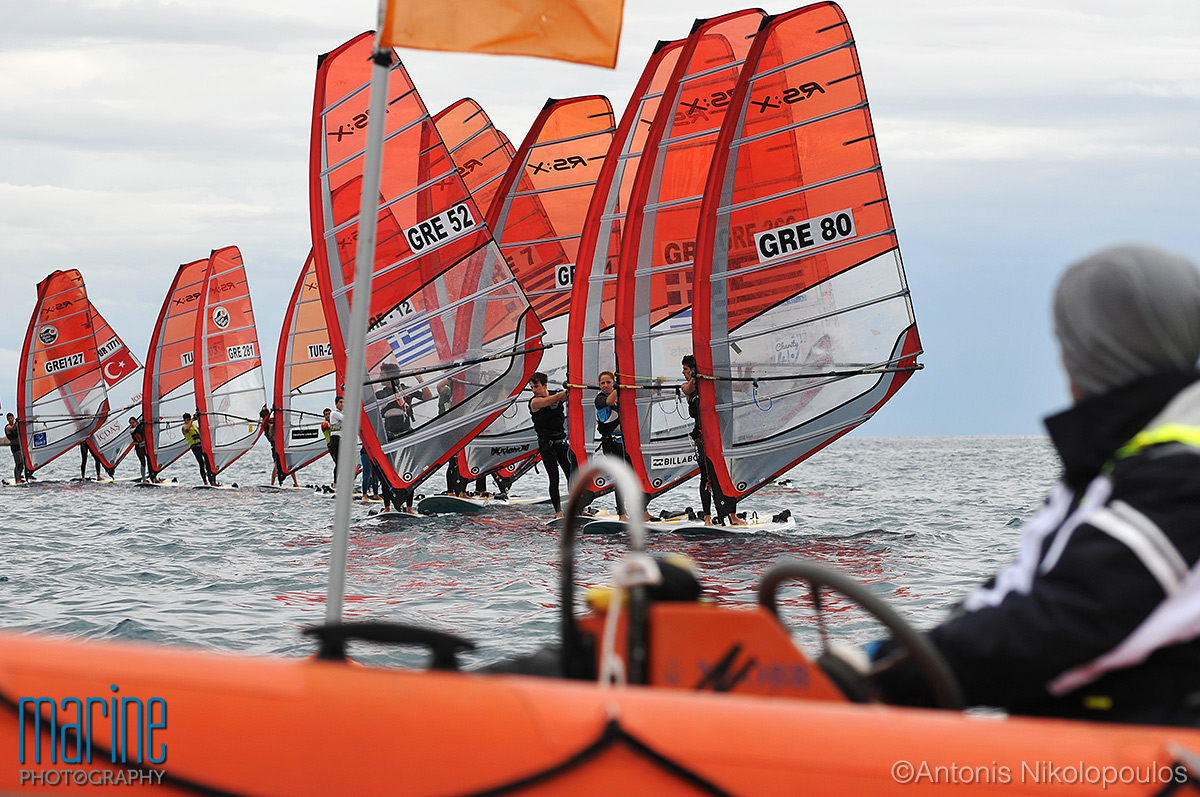 RS:X division 8,5 in the starting line. 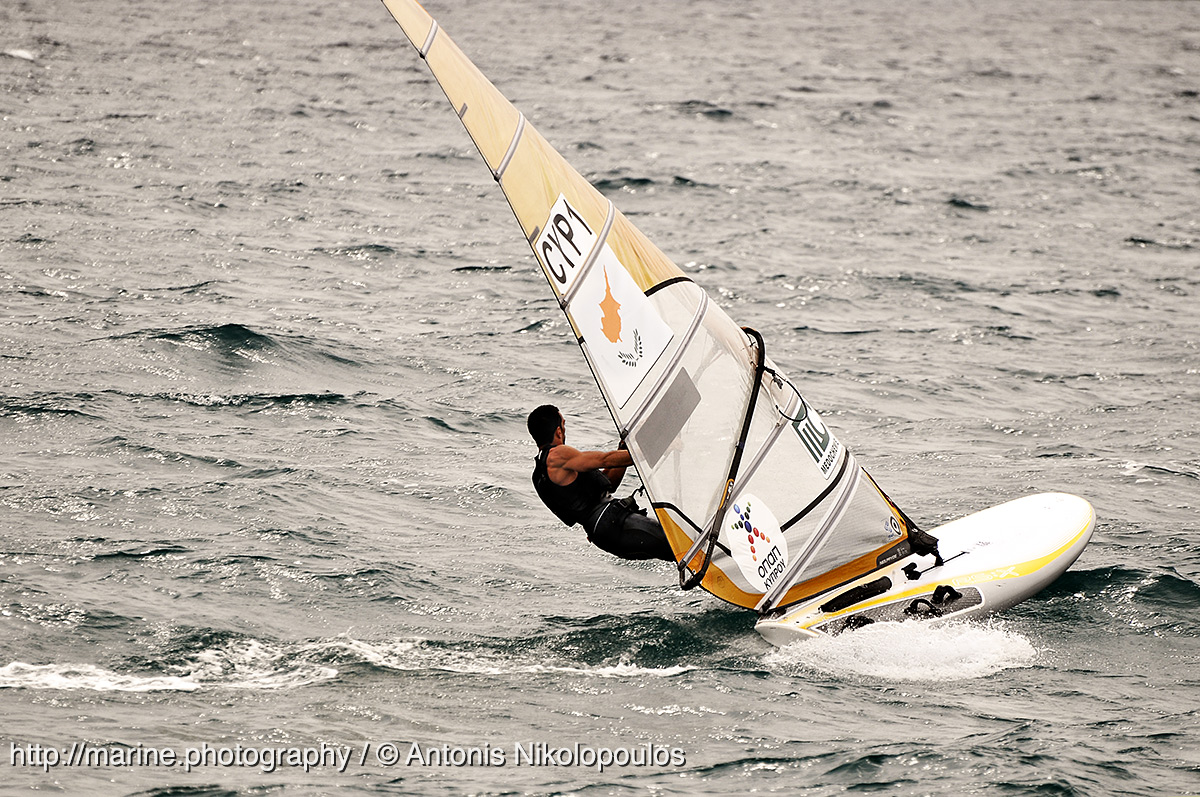 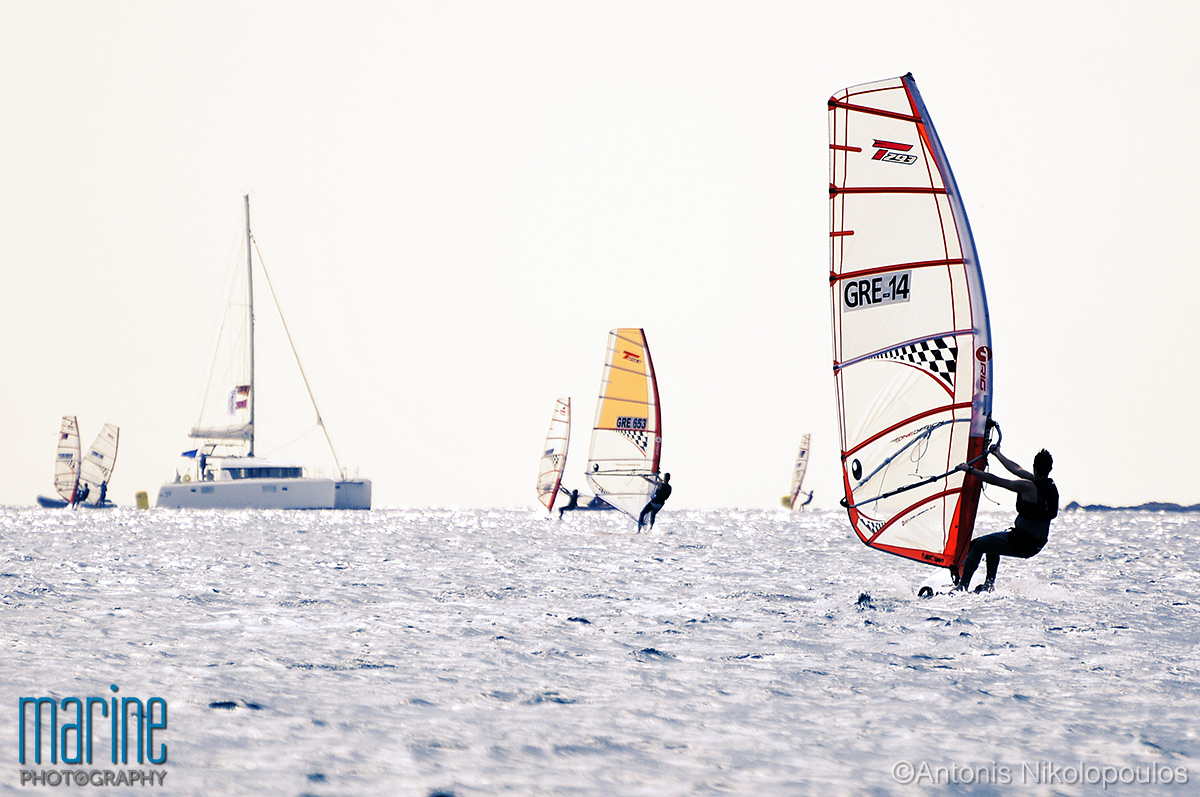 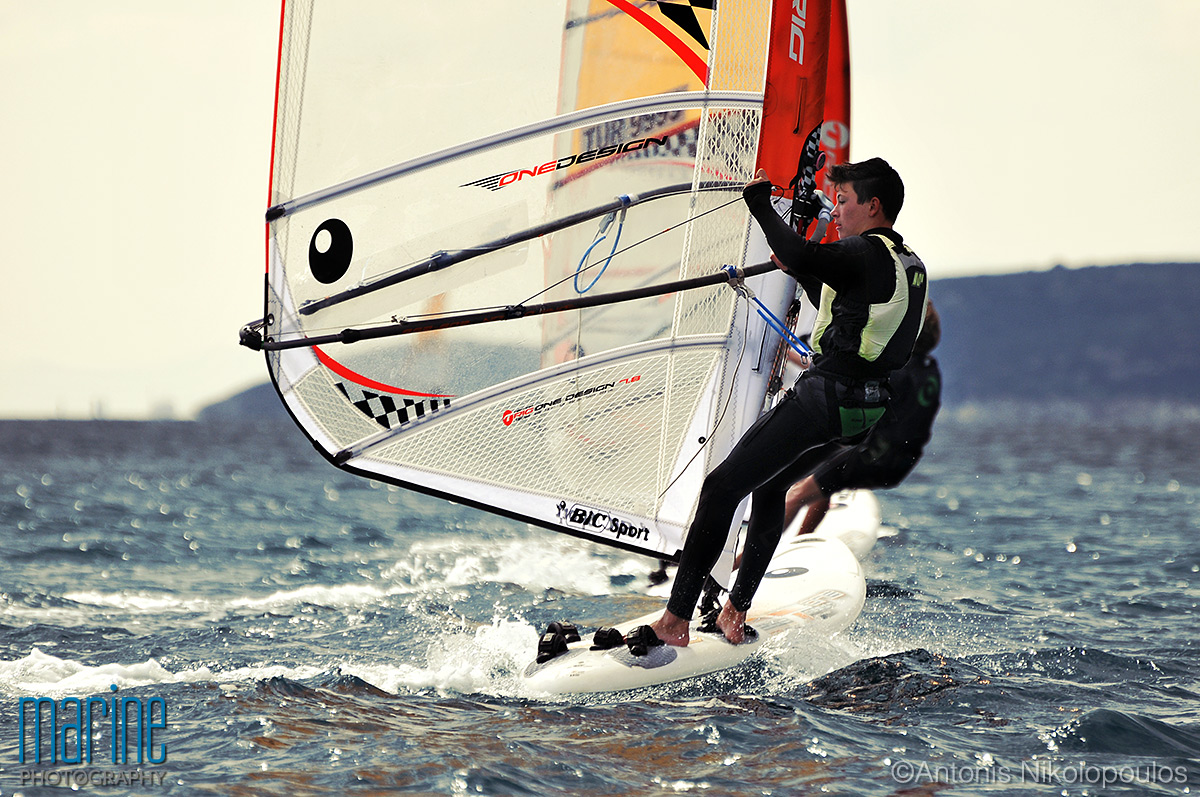 Bic Techno class. In the foreground the event champion triming his sail while planing. 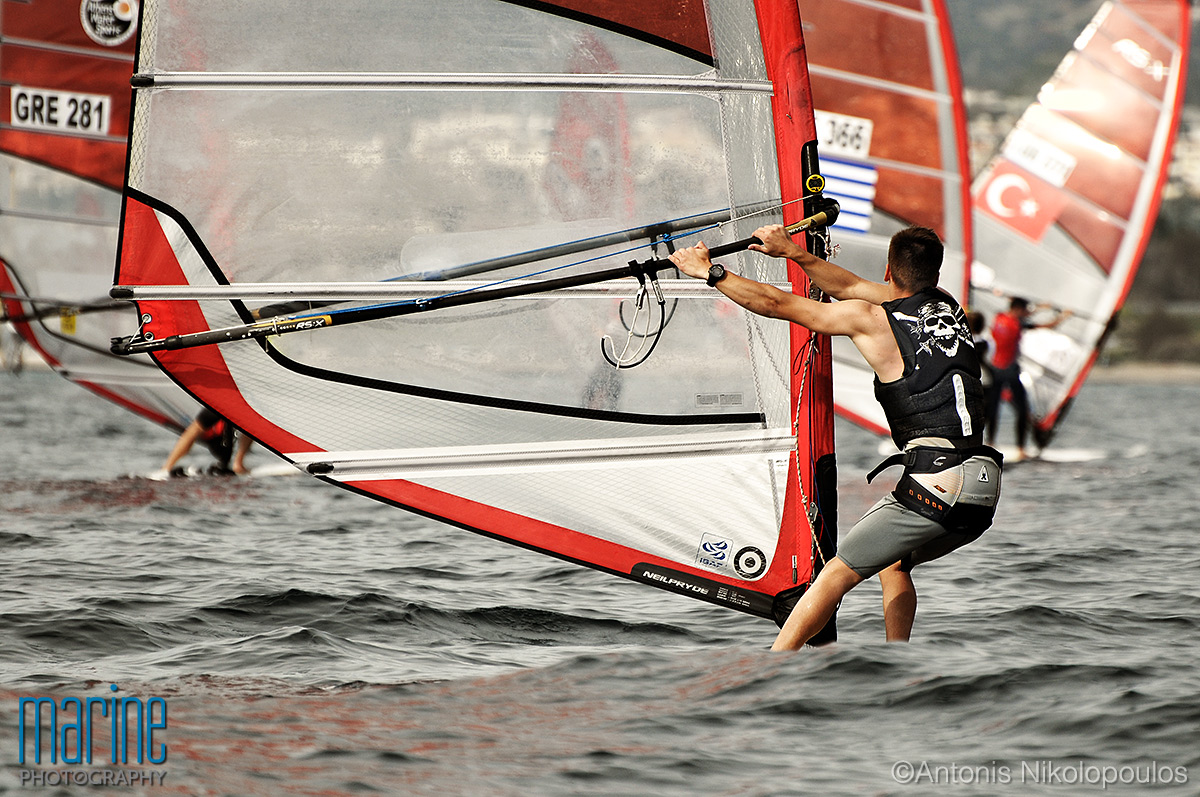 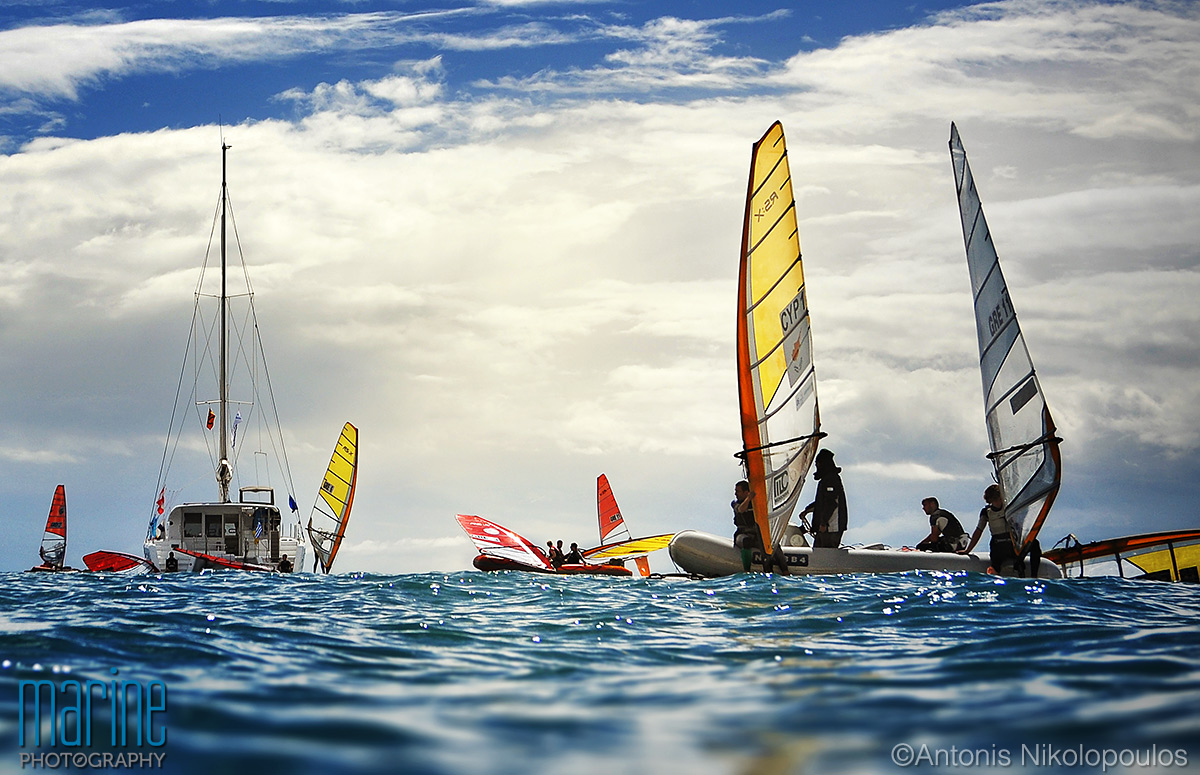 Windsurfers, coaches and race committee waiting for the wind to stabilize. 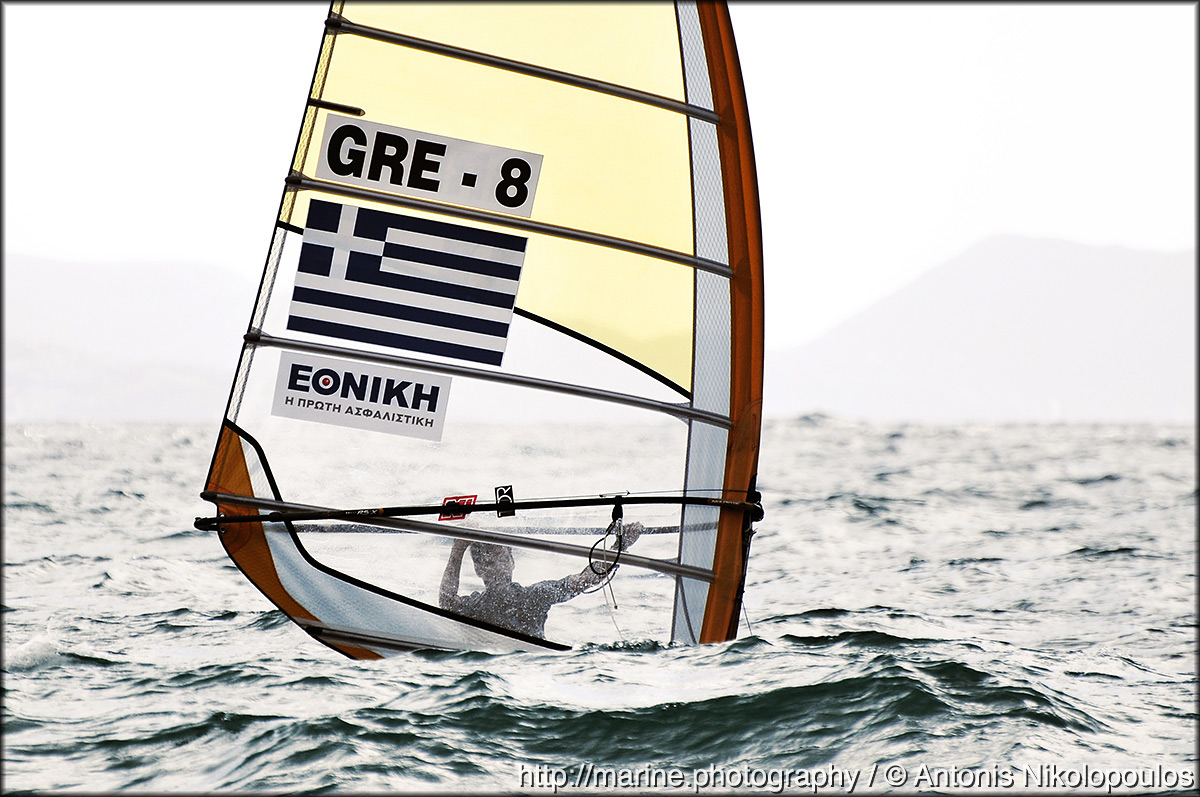 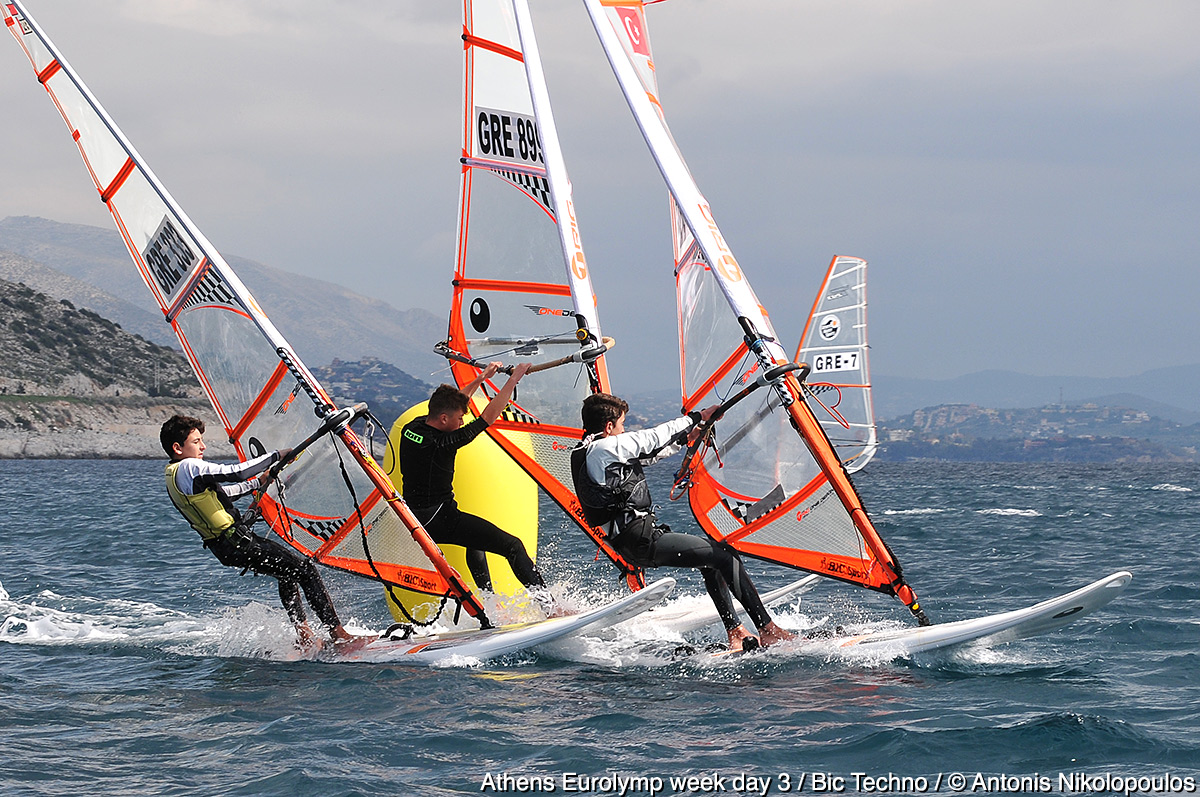