The meeting for a 56m Benetti motor yacht photo shooting was, after some changes in the schedule, in Mykonos island, Greece. Actually I have been in this popular island only twice in my life, for one day job each time. It was the first time I would stay in Mykonos for three days! The initial schedule was to shoot all interiors and exteriors of the yacht plus aerial photography with drone. As the date was in late July, when Meltemi winds are in their pick, it was impossible even to try to fly the drone, so aerial shooting was canceled.

For the rest of the job I had to make a very careful time planning in order to get advantage of every lighting situation during the day. In the mid day when natural light is very hard, I had to shoot all cabins having small portholes and other interiors. The sundeck area was also selected to be photographed in mid day in order to capture its natural usage. In the late afternoon till about one hour after sunset, I had to shoot all interiors with large windows, such as the lounges, the VIP cabin and the bridge. In these places there is a very narrow gap of time where the natural light is in balance with the interior light. Furthermore the stern lounges, the jacuzzi, some other exterior details and the whole yacht from a tender should be photographed at almost the same time. This means that all these areas should be prepared much earlier and the angles of view should be well checked in advance with test shots, in order to make all these shots in such a limited time.

Finally special care should be taken on television’s images(!) as in some cases this cannot be changed during editing procedure due to reflections of the image in various shiny surfaces. 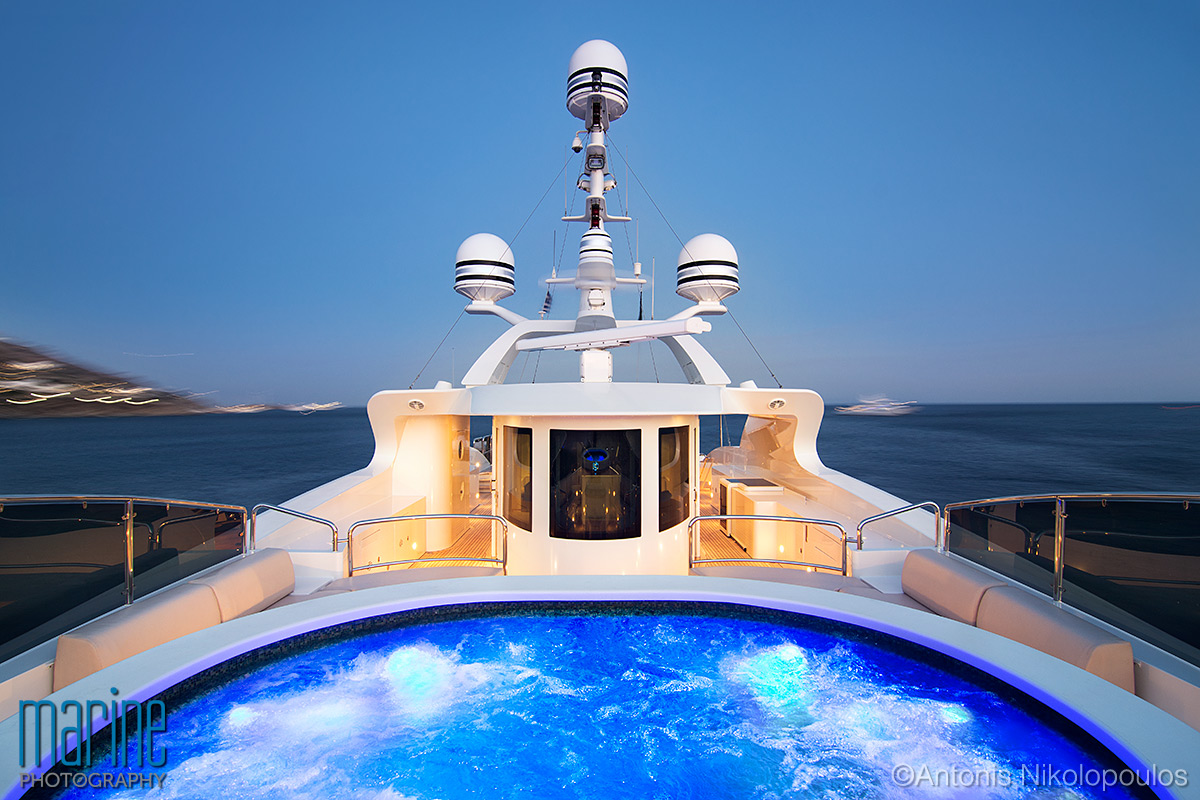 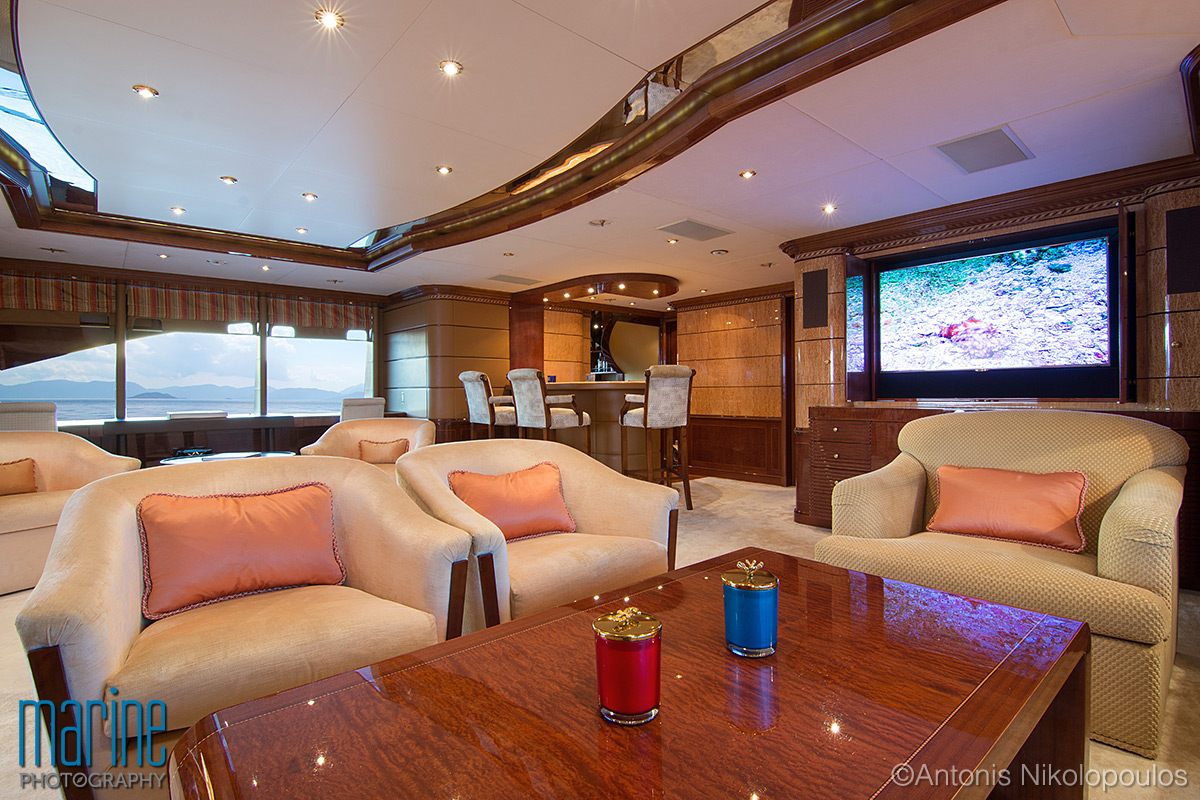 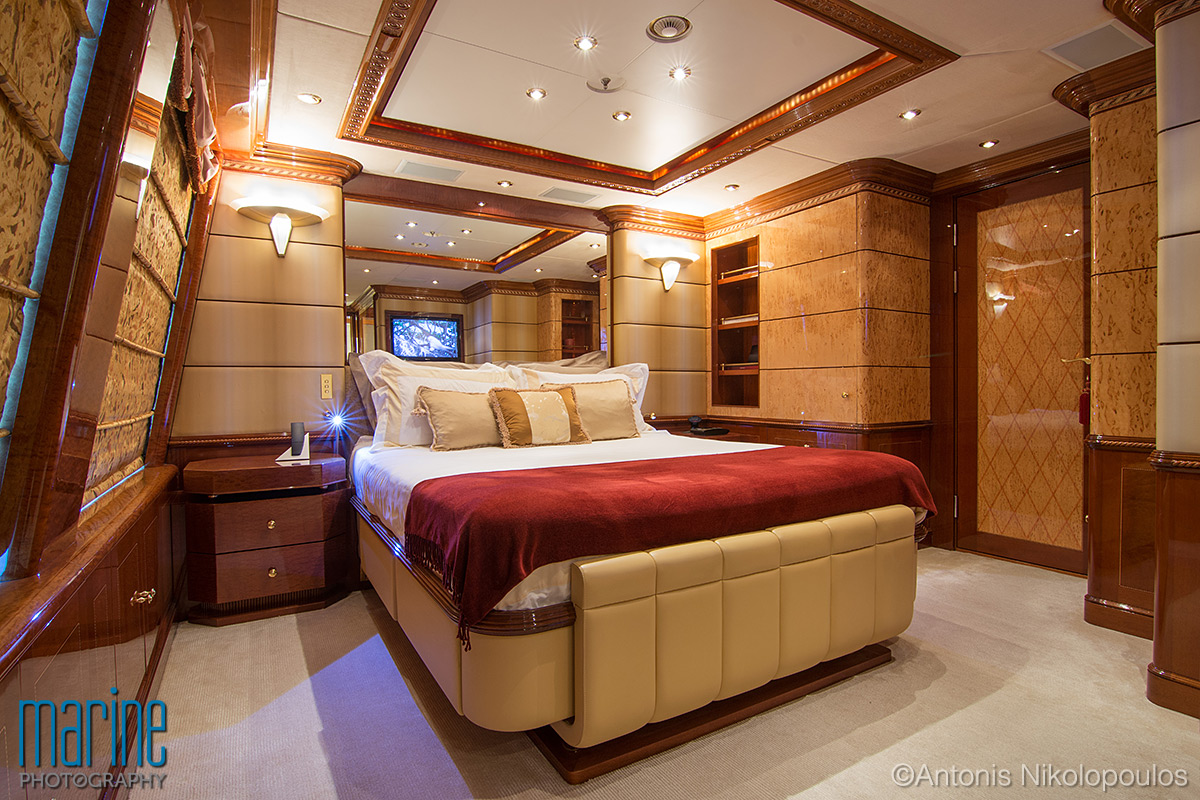 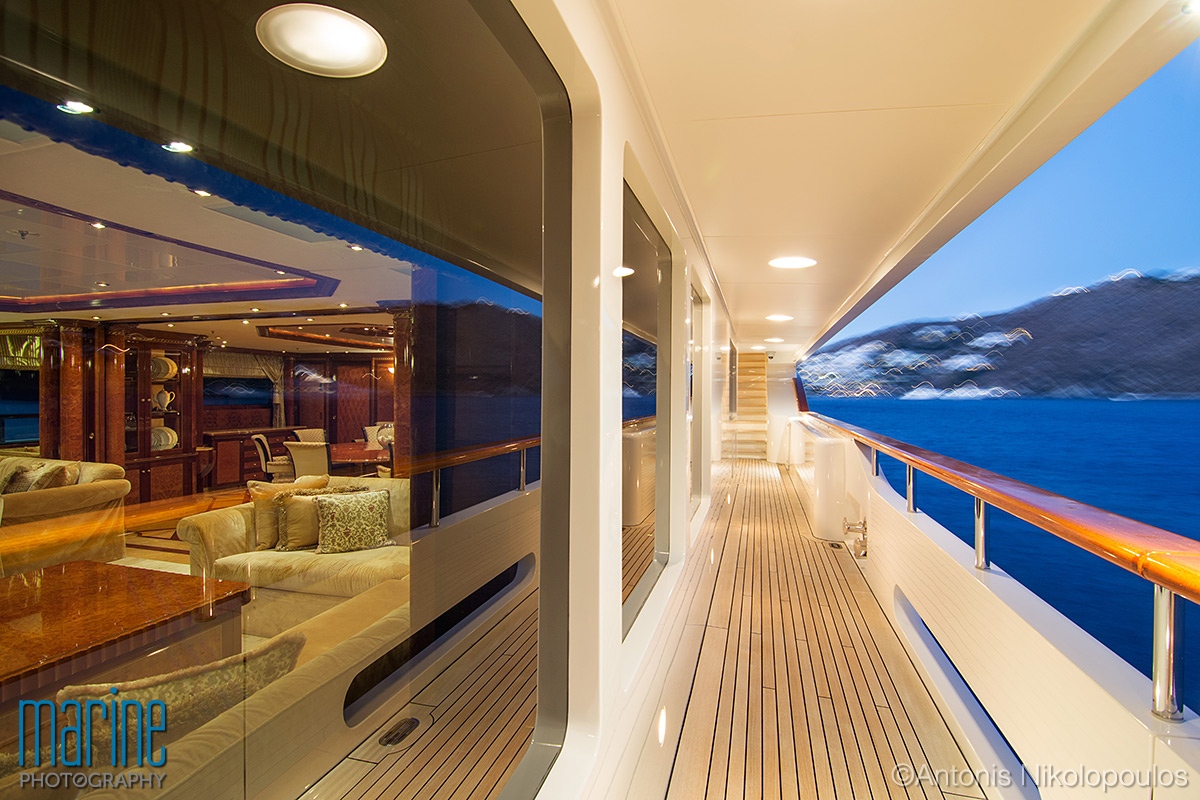 From the deck with Mykonos island in the background 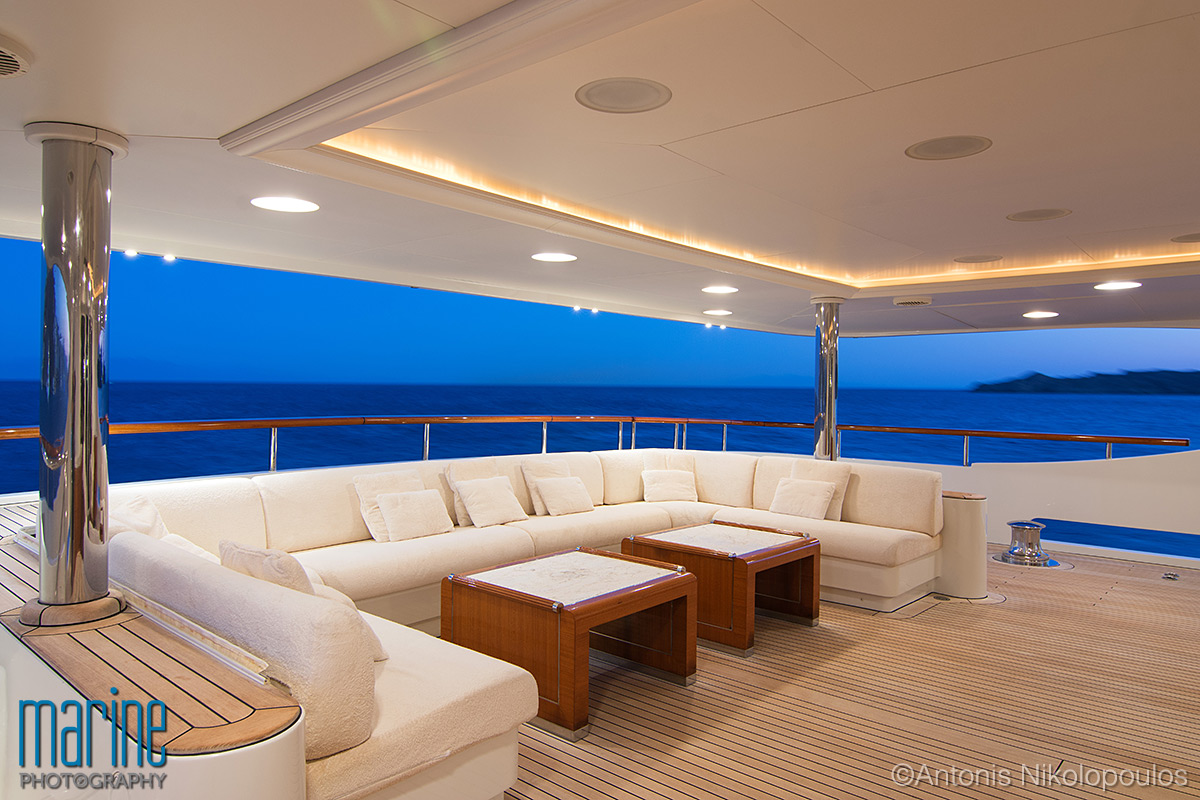 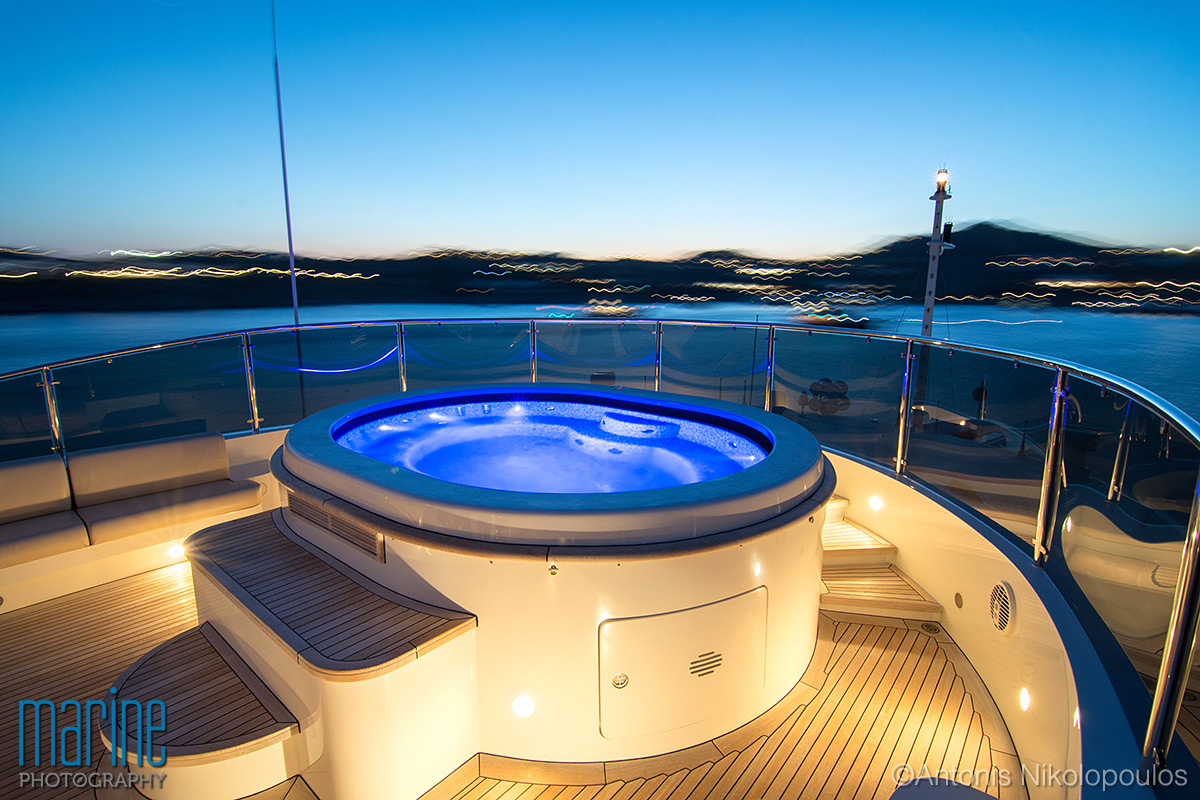 Jacuzzi at night with Mykonos in the background 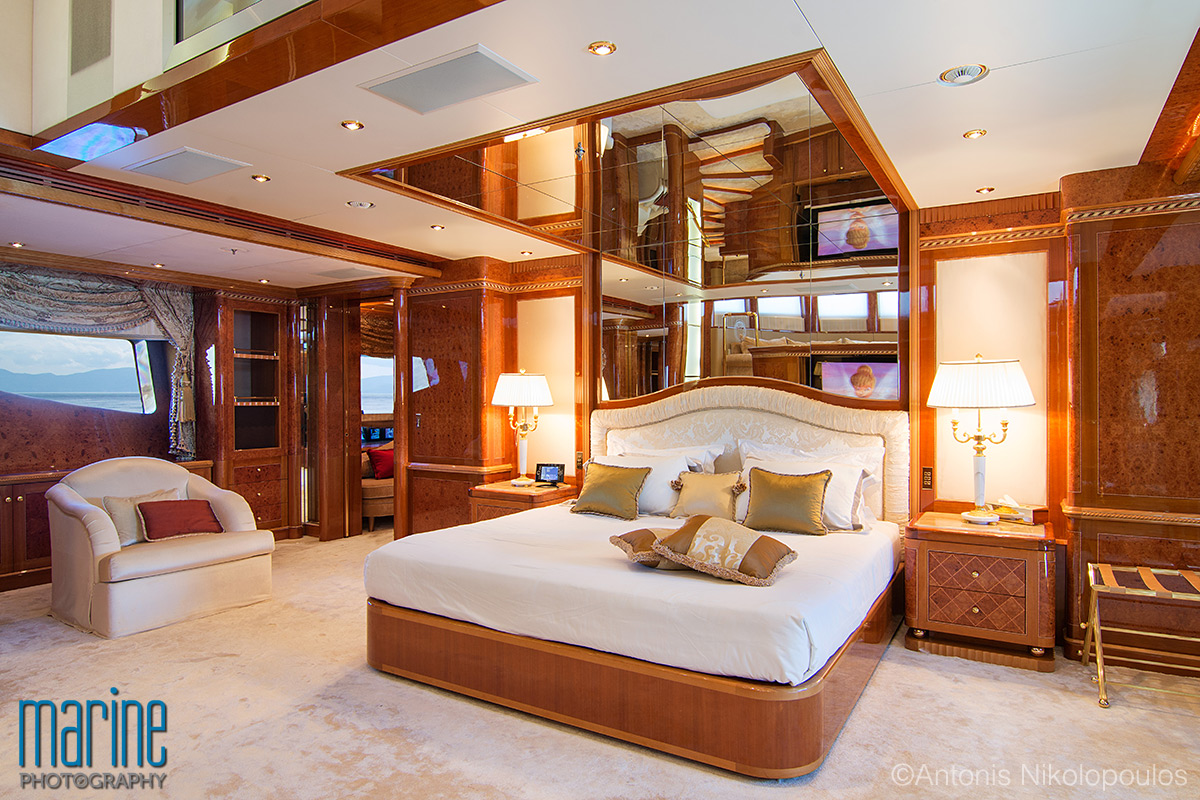 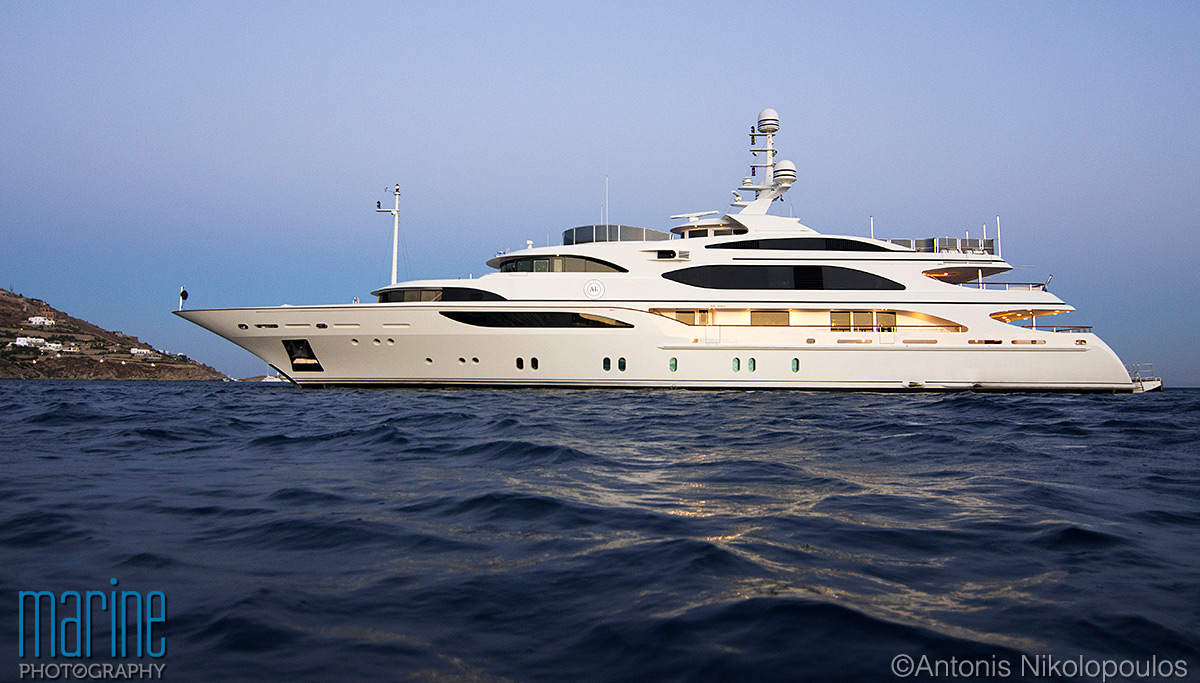 The yacht after sunset time 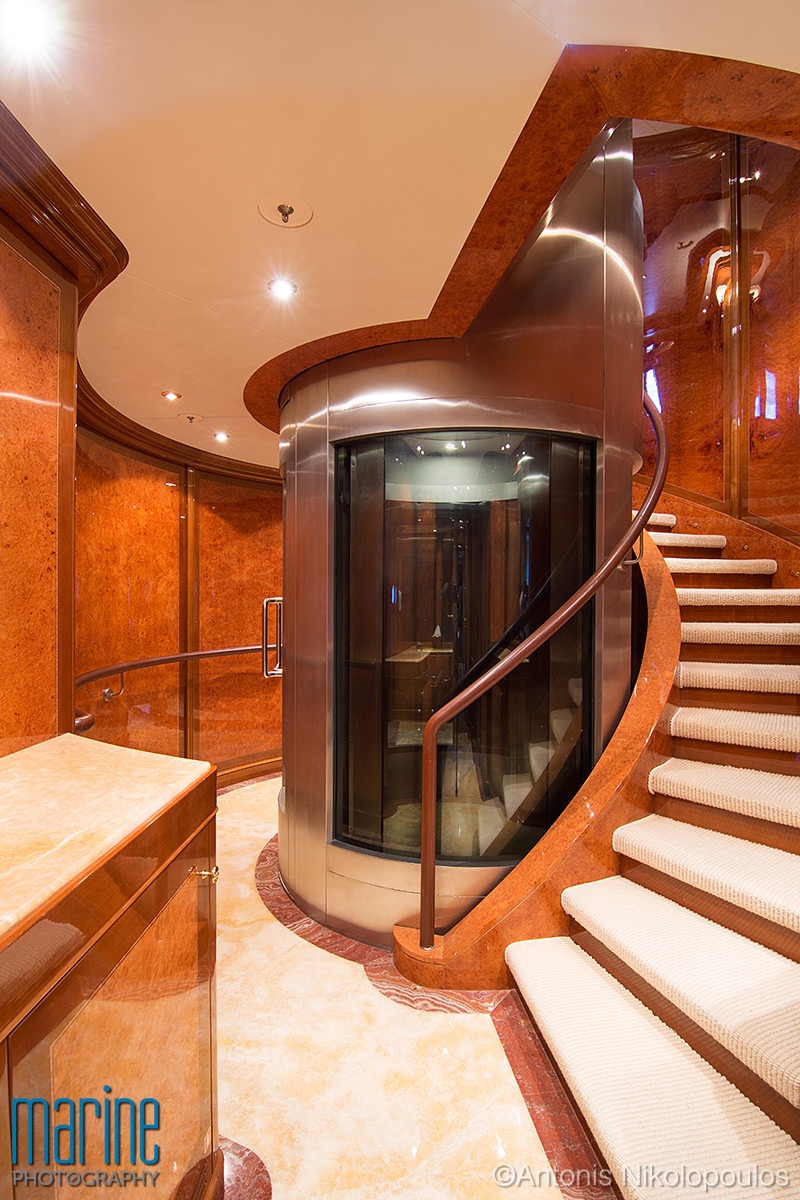 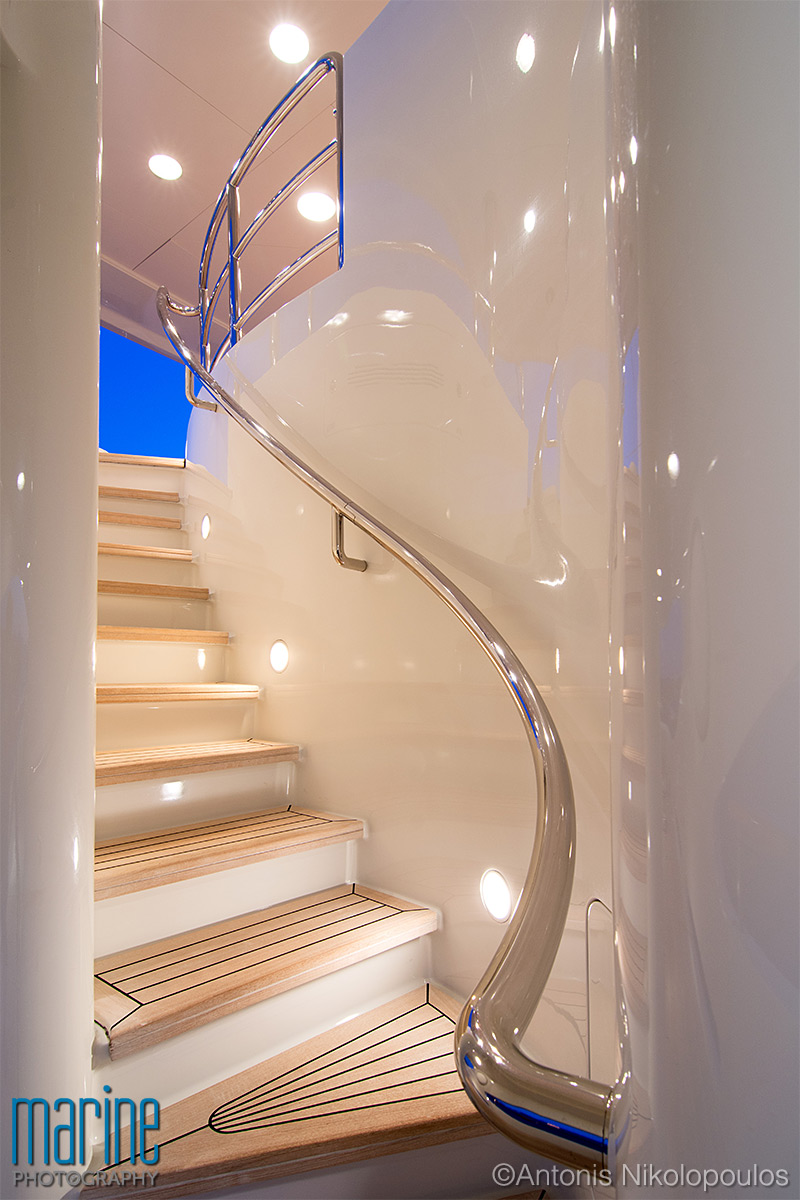